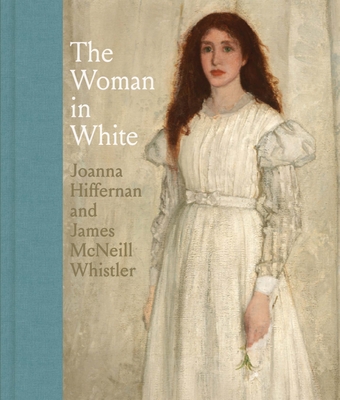 The Woman in White

A fascinating look at the partnership of artist James McNeill Whistler and his chief model, Joanna Hiffernan, and the iconic works of art resulting from their life together

In 1860 James McNeill Whistler (1834–1903) and Joanna Hiffernan (1839–1886) met and began a significant professional and personal relationship. Hiffernan posed as a model for many of Whistler’s works, including his controversial Symphony in White paintings, a trilogy that fascinated and challenged viewers with its complex associations with sex and morality, class and fashion, academic and realist art, Victorian popular fiction, aestheticism and spiritualism. This luxuriously illustrated volume provides the first comprehensive account of Hiffernan’s partnership with Whistler throughout the 1860s and 1870s—a period when Whistler was forging a reputation as one of the most innovative and influential artists of his generation. A series of essays discusses how Hiffernan and Whistler overturned artistic conventions and sheds light on their interactions with contemporaries, including Gustave Courbet, for whom she also modeled. Packed with new insights into the creation, marketing, and cultural context of Whistler’s iconic works, this study also traces their resonance for his fellow artists, including Dante Gabriel Rossetti, Edgar Degas, John Singer Sargent, and Gustav Klimt.

Praise For The Woman in White: Joanna Hiffernan and James McNeill Whistler…

“[The Woman in White] argues that Hiffernan was more collaborator than victim, an assessment that strives to write her into history as Whistler’s indispensable partner.”—Gioia Diliberto, Wall Street Journal

“The Woman in White examines the relationship between the prickly American painter and the muse-mistress who modeled for his haunting ‘Symphonies in White’ . . . [and] argues that the two formed a symbiotic partnership.”—Michael Dirda, Washington Post (“This Season’s Hidden Gems”)

Margaret F. MacDonald is professor of art history at the School of Culture and Creative Arts, University of Glasgow.
Loading...
or
Not Currently Available for Direct Purchase