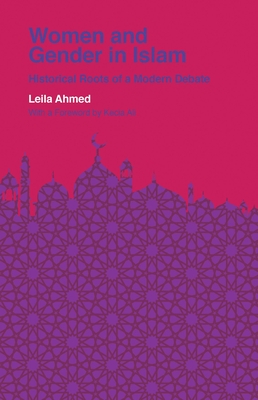 Women and Gender in Islam

A classic, pioneering account of the lives of women in Islamic history, republished for a new generation

This pioneering study of the social and political lives of Muslim women has shaped a whole generation of scholarship. In it, Leila Ahmed explores the historical roots of contemporary debates, ambitiously surveying Islamic discourse on women from Arabia during the period in which Islam was founded to Iraq during the classical age to Egypt during the modern era. The book is now reissued as a Veritas paperback, with a new foreword by Kecia Ali situating the text in its scholarly context and explaining its enduring influence.

“Ahmed’s book is a serious and independent-minded analysis of its subject, the best-informed, most sympathetic and reliable one that exists today.”—Edward W. Said

“Destined to become a classic. . . . It gives [Muslim women] back our rightful place, at the center of our histories.”—Rana Kabbani, The Guardian

Leila Ahmed is Victor S. Thomas Professor of Divinity at Harvard Divinity School. Her most recent book, A Quiet Revolution: The Veil’s Resurgence, from the Middle East to America, won the Grawemeyer Award in Religion for 2012. Kecia Ali is a professor of religion at Boston University.
Loading...
or support indie stores by buying on