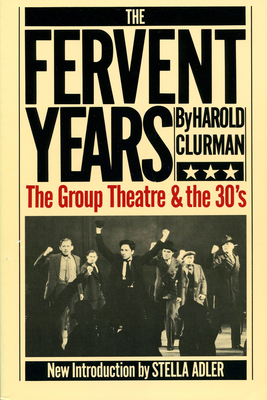 The Group Theatre And The Thirties

The Group Theatre was perhaps the most significant experiment in the history of American theater. Producing plays that reflected topical issues of the decade and giving a creative chance to actors, directors, and playwrights who were either fed up with or shut out of commercial theater, the "Group" remains a permanent influence on American drama despite its brief ten-year life.
It was here that method acting, native realism, and political language had their tryouts in front of audiences who anticipated--indeed demanded--a departure from the Broadway "show-biz" tradition. In this now classic account, Harold Clurman, founder of the Group Theatre and a dynamic force as producer-director-critic for fifty years, here re-creates history he helped make with Lee Strasberg, Elia Kazan, Irwin Shaw, Clifford Odets, Cheryl Crawford, Morris Carnovsky, and William Saroyan.
Stella Adler contributed a new introduction to this edition which remembers Clurman, the thirties, and the heady atmosphere of a tumultuous decade.

Harold Clurman was the author of Lies Like Truth, The Naked Image, On Directing, The Divine Pastime, and All People Are Famous, and was the editor of numerous theater anthologies.
or
Not Currently Available for Direct Purchase
Copyright © 2020 American Booksellers Association