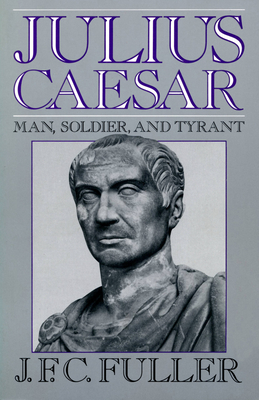 Since the Renaissance, Julius Caesar has been idolized as a superman. Classical sources, however, present a far less exalted being. As General Fuller writes, Caesar was "an unscrupulous demagogue whose one aim was power, and a general who could not only win brilliant victories but also commit dismal blunders. . . . It is reasonable to suspect that, at times, Caesar was not responsible for his actions, and toward the end of his life, not altogether sane." There is not doubt that Caesar was an extraordinary man." But Fuller points out that he was extraordinary for his reckless ambition, matchless daring, and ruthless tyranny, rather than for his skills as a military commander. Caesar continually had to extricate himself from results of mistakes of judgement. His unnecessary Alexandrian War, his close call at Thapsus, and his seemingly unpremeditated Gallic conquest are just a few of Fuller's many examples.And in telling Caesar's history, Fuller illuminates a century of Roman history as well. Aided by maps of Caesar's principal battles and diagrams of many of his weapons, Fuller brings to life Caesar's wars, his armies, his equipment, and his methods. Brilliant in design and impressive in scope, Julius Caesar clarifies how the military, political, and economic aspects of the Roman Republic worked together to produce a man whose name has come down to us as a synonym for absolute authority.

Major General J. F. C. Fuller (1878-1966) was one of the most important and original military thinkers of this century. He served as lieutenant in the Boer War, organized the first British tank corps in World War I, and developed the strategy and tactics of tank warfare which were later put to such effective use by the Nazis for their World War II blitzkriegs. His many books include A Military History of the Western World (3 volumes), The Generalship of Ulysses S. Grant, Julius Caesar: Man, Soldier, and Tyrant, and The Generalship of Alexander the Great,all of which are available from Da Capo Press.
or support indie stores by buying on
Copyright © 2020 American Booksellers Association