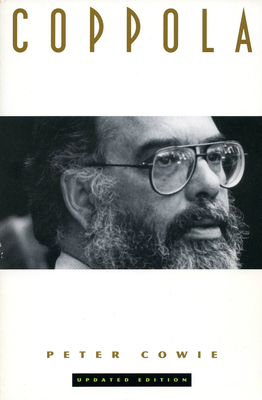 "Cowie's cinematically literate biography balances a vivid portrait of Francis Ford Coppola with jargon-free analysis of his films."--Choice
By 1982 Francis Ford Coppola had won five Academy Awards; at the same time he was over 20 million in debt following the disastrous failure of One from the Heart. This astute biography critically examines Coppola's singular vision and why it makes such paradoxes not only possible but prevalent in his long turbulent career. At the age of 32 Coppola became a superstar in Hollywood with The Godfather, which rapidly climbed to the top of the all-time box-office hits. Two years later he won the coveted Palme d'Or at the Cannes festival for The Conversation. His savage epic of the Vietnam War, Apocalypse Now, established him as the most daring, brilliant filmmaker of his generation. This book not only goes behind the cameras to track the creative and financial turmoil involved in his productions, but offers perceptive analyses of his films, including all three parts of The Godfather and the visually stunning remake of Dracula.
Based on three years of research and exclusive interviews with the subject, Coppola illuminates the director's rise to prominence, his personal tragedies, intermittent failures, and resurgent successes with telling insights into the shaping of his artistic sensibility. This is a spirited, penetrating study of a man whose films have a strange way of mirroring his own sometimes tempestuous life.

Peter Cowie is founding editor of the annual International Film Guide and author of The Cinema of Orson Welles (available from Da Capo Press) and Ingmar Bergman: A Critical Biography. He is now senior international advisor to the publication and lives in London.
or support indie stores by buying on