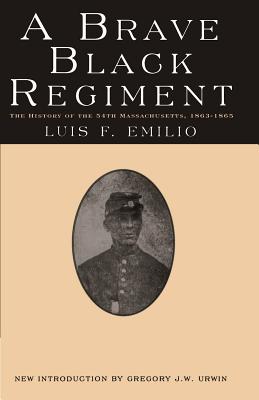 The History of the Fifty-Fourth Regiment of Massachusetts Volunteer Infantry, 1863-1865

"The best account of the famous 54th Massachusetts. . . . The author fought with the regiment during its entire experience, surviving the assault on Fort Wagner about which he wrote with vivid descriptive power."--James M. McPherson
In January 1863 the Union War Department authorized the creation of "a special corps" composed of "persons of African descent"--the 54th Massachusetts Volunteer Infantry, commanded by Col. Robert Gould Shaw. Hundreds of free blacks enlisted. When the 54th Massachusetts spearheaded the suicidal charge against Fort Wagner on July 18, 1863, the regiment was showered with acclaim, but that defining event was not its only illustrious moment.
After the devastating repulse at Fort Wagner left all of the unit's ranking officers dead or wounded, Captain Luis F. Emilio (1844-1918) emerged as the 54th's acting commander. A Brave Black Regiment offers an unparalleled, moving, inside view of the entire history of the 54th Massachusetts, from recruitment through disbandment. With a new introduction, rare, previously unpublished photos of Emilio and members of the 54th, the complete regimental roster, and his lengthy appendix concerning Confederate treatment of black prisoners-of-war, this Da Capo Press edition is certain to remain definitive for a long time to come.
Introduction by Gregory J. W. Urwin

Luis F. Emilio (1844-1918) was a captain in the Union army of the Civil War with the 54th Massachusetts Volunteer Infantry.
or support indie stores by buying on
Copyright © 2020 American Booksellers Association