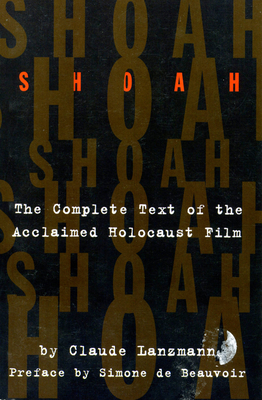 The Complete Text Of The Acclaimed Holocaust Film

A nine-and-a-half-hour documentary on the Nazi extermination camps, Shoah (the Hebrew word for "Holocaust") was internationally hailed as a masterpiece upon its release in 1985. Shunning any re-creation, archival footage, or visual documentation of the events, filmmaker Claude Lanzmann relied on the words of witnesses—Jewish, Polish, and German—to describe in ruthless detail the bureaucratic machinery of the Final Solution, so that the remote experiences of the Holocaust became fresh and immediate. This book presents in an accessible and vivid format the testimony of survivors, participants, witnesses, and scholars. This tenth anniversary edition, published on the fiftieth anniversary of the liberation of the camps, is newly revised and corrected in order to more accurately present the actual testimony of those interviewed. Shoah is an unparalleled oral history of the Holocaust, an intensely readable journey through the twentieth century's greatest horror.

Claude Lanzmann is one of the premier documentary filmmakers of our time. His most recent work is Tsahal, which focuses on the Israeli army.
Loading...
or support indie stores by buying on