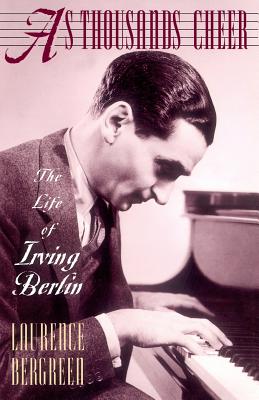 The Life Of Irving Berlin

Irving Berlin (1888–1989) was unable to read or write music and could only play the piano in the key of F-sharp major; yet, for the first half of the twentieth century he was America's most successful and most representative songwriter, composing such hits as "Alexander's Ragtime Band," "Cheek to Cheek," "Let's Face the Music and Dance," "Puttin' on the Ritz," "White Christmas," "Anything You Can Do," "There's No Business Like Show Business," and "God Bless America." As Thousands Cheer, winner of the Ralph J. Gleason Music Book Award, explores with precision and sensitivity Berlin's long, prolific career; his self-doubt and late-blooming misanthropy; and the tyrannical control he exerted over his legacy of song. From his immigrant beginnings through Tin Pan Alley, Broadway, and Hollywood to his reclusive and bitter final years, this definitive biography reveals the man who wrote 1500 songs but could never quash the fear that, for all his success, he wasn't quite good enough.

Laurence Bergreen is the author of acclaimed biographies of James Agee and Al Capone. A writer for numerous publications, including Esquire, Newsweek, New York Times, and American Film, he lives in New York City.
Loading...
or support indie stores by buying on