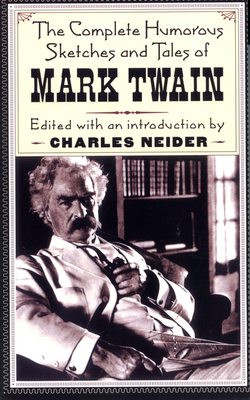 The Complete Humorous Sketches And Tales Of Mark Twain

"Twain's writings are just as pungent and rewarding today as they were when first written and published. . . . His outrageous humor is everywhere evident throughout this collection."--Nashville Banner
This is the first and most complete collection of all 136 humorous sketches and tales that Samuel Clemens (1835-1910), a.k.a. Mark Twain, started writing as a young reporter for various newspapers and magazines and later saw fit to issue in book form. Many pieces appeared in rare, first printings, only to be dropped in subsequent editions; for this reason, readers will encounter a number of yarns and tall tales unavailable elsewhere, even in the collected works.
More unvarnished than his short stories or novels, and more willing to indulge in fun for its own sake, these sketches comprise a substantial share of his literary apprenticeship and legacy. As brilliant, representative nuggets of Twain's humor in its purest form, they carry the imprint of Twain's wit, imagination, and humanism, his fresh and always idiomatic prose. From 1862's "Curing a Cold" to 1904's "Italian Without a Master," this collection allows readers to share Twain's vision of life as a strange and comic affair. No one interested in American humor (or in need of a good laugh) can long remain indifferent to this uproarious book.