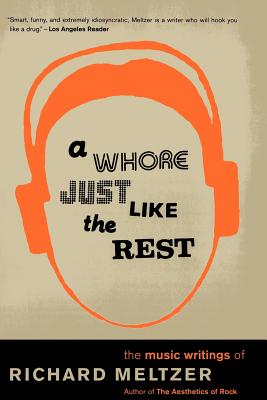 The Music Writings Of Richard Meltzer

He is one of the inventors of rock criticism. His first book, The Aesthetics of Rock (acclaimed by Greil Marcus as "a disemboweling of rock's soft white underbelly"), became an instant cult classic when published in 1970. And for the next thirty years he fearlessly expanded the boundaries of music writing. Now he has collected the best of his prodigious output into a gonzo sampler of the reviews, profiles, interviews, and essays that form the heart of his rockwriter legacy. Traveling from psychedelia to the "dinosaur-rot early '70s" to the redeeming majesty of punk and the constant solace of jazz, this will stand as a remarkable document of an era by a singular voice in music writing.

Richard Meltzer is the author of over a dozen books, including A Whore Just Like the Rest -- winner of the ASCAP-Deems Taylor Award -- and innumerable articles. He lives in Portland, Oregon.
Loading...
or support indie stores by buying on