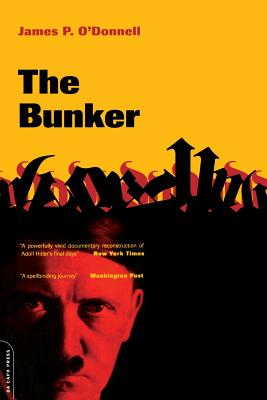 Here is an unforgettable, graphic account of the final days in the Fuhrer's headquarters, deep under the shattered city of Berlin as World War II in Europe drew to a close. From James P. O'Donnell's interviews with fifty eyewitnesses to the madness and carnage--everyone from Albert Speer to generals, staff officers, doctors, Hitler's personal pilot, telephone operators, and secretaries -- emerges an account that historian Theodore H. White has hailed as "superb . . . quite simply the most accurate and terrifying account of the nightmare and its end I have ever read."

"A riveting, damned near incredible (but true) story."--Gerald Green, author of Holocaust

James P. O'Donnell served as a captain in the Signal Corps in Europe during World War II and in 1945 became the first bureau chief for Newsweek in Germany. His writing appeared in the New York Times Magazine, Fortune, and the Washington Post. He died in 1990.
Loading...
or support indie stores by buying on