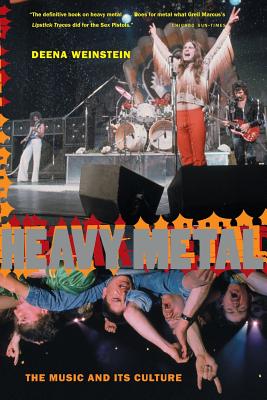 The Music And Its Culture, Revised Edition

Few forms of music elicit such strong reactions as does heavy metal. Embraced by millions of fans, it has also attracted a chorus of critics, who have denounced it as a corrupter of youth—even blamed it for tragedies like the murders at Columbine. Deena Weinstein argues that these fears stem from a deep misunderstanding of the energetic, rebellious culture of metal, which she analyzes, explains, and defends. She interprets all aspects of the metal world—the music and its makers, its fans, its dress code, its lyrics—and in the process unravels the myths, misconceptions, and truths about an irreverent subculture that has endured and evolved for twenty years.

Deena Weinstein is a professor of sociology at DePaul University in Chicago. Her numerous books, chapters, and articles in professional journals range from the sociology of rock to postmodern theory. She also writes music reviews and features for numerous magazines, alternative weeklies, and websites.
Loading...
or support indie stores by buying on