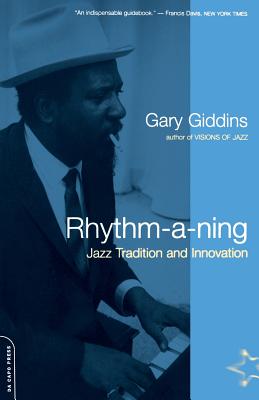 In a companion to his collections Riding on a Blue Note and Faces in the Crowd, Gary Giddins has assembled a mosaic of pieces that provide an essential guide to the jazz world. Moving with ease from sweeping surveys of jazz history to precise, vivid assessments of individual performers including Thelonius Monk, the Marsalis brothers, Ornette Coleman, and David Murray, Giddins demonstrates once again why he is lauded as "the best jazz critic now at work" (Newsweek).

His other books include Bing Crosby: A Pocketful of Dreams-The Early Years, 1930-1940, which won the Ralph J. Gleason Music Book Award and the ARSC Award for Excellence in Historical Sound Research; Weatherbird: Jazz at the Dawn of Its Second Century; Faces in the Crowd; Natural Selection; Warning Shadow; and biographies of Louis Armstrong and Charlie Parker. He has won six ASCAP-Deems Taylor Awards, a Guggenheim Fellowship, and a Peabody Award in Broadcasting. He lives in New York, NY.
or support indie stores by buying on
Copyright © 2020 American Booksellers Association