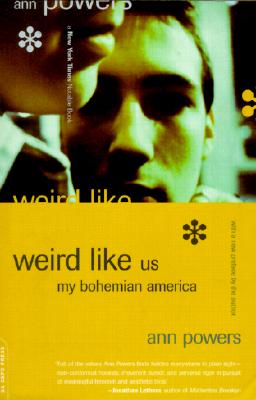 American bohemia is alive and well and redefining the way all of us live, love, and work: so declares Ann Powers in an invigorating blend of criticism, journalism, and autobiography that takes us into the heart of alternative America today. Powers, one of the nation's most notable music critics, explores how the generation that inherited the counterculture assumptions of the sixties is transforming youthful rebellion into a sustainable alternative style of livingcreating a new bohemia with dynamic citizens who are reinventing shared values from the ground up. Through stories from her own life and those of her comradesartists, writers, entrepreneurs, queers, and cyber-outlawsPowers traces the evolution of this world and celebrates those who keep bohemia thriving from coast to coast.

Ann Powers writes about music and culture for the New York Times. Her work has appeared in major music publications including Spin, Rolling Stone, and Vibe, and she is the coeditor of Rock She Wrote: Women Write About Rock, Pop, and Rap. She lives in Brooklyn, New York.
Loading...
or
Not Currently Available for Direct Purchase