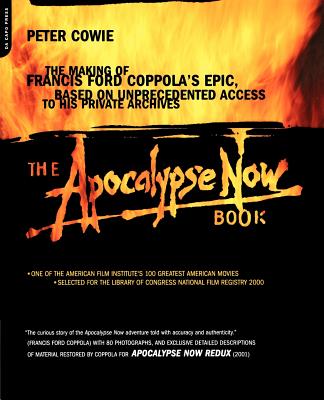 The making of Francis Ford Coppola's epic, based on unprecedented access to his private archives

The movie took years to be filmed and edited, and was the subject of endless stories, rumors, and speculation. At a screening at Cannes in May 1979, Francis Ford Coppola said simply, "There wasn't a truthful thing written about [the film] in four years." That year at Cannes, Apocalypse Now won the Palme d'Or, going on from there to worldwide acclaim and etching itself in the memories of audiences with unforgettable sequences like the dawn helicopter attack scored to Wagner's "Ride of the Valkyries" or Lt. Colonel Kilgore's chilling "I love the smell of napalm in the morning."

Here, generously illustrated with evocative stills from the film and revealing photographs from the set, is the story behind the movie where Vietnam met Joseph Conrad's Heart of Darkness. It is the extraordinary saga of Coppola and his crew and actors-who included Marlon Brando, Robert Duvall, Harvey Keitel, Martin Sheen, Dennis Hopper, and Harrison Ford -- battling hurricanes in the jungles of the Philippines, the calamity of a lead actor's heart attack, and crises both psychological and financial . . . in the end giving rise to a modern film classic.

Peter Cowie is founding editor of the annual International Film Guide and author of The Cinema of Orson Welles (available from Da Capo Press) and Ingmar Bergman: A Critical Biography. He is now senior international advisor to the publication and lives in London.
or support indie stores by buying on
Copyright © 2020 American Booksellers Association