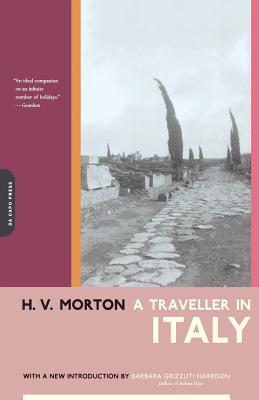 A Traveller In Italy

The Tuscan landscape, writes H. V. Morton, "is embroidered everywhere by human living, and there is scarcely a hill, a stream, a grove of trees, without its story of God, of love or death." Morton's stories and observations of Tuscany, Lombardy, Emilia, and Veneto, whether relating to the fantastic reconstruction of the La Scala opera house or the superstitious lovers at Juliet's Tomb, make his style as engaging as the landscape and people he evokes.