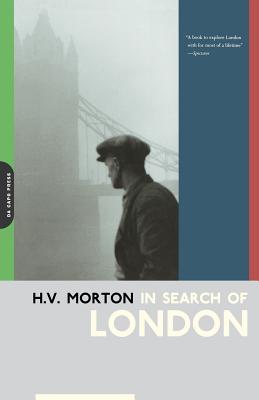 In Search Of London

H. V. Morton turns his traveler's intuition and his reporter's eye for detail to the city that has fascinated him since childhood -- London past, present, and timeless. He explores the City and the Temple, Covent Garden, SoHo, and all the "submerged villages beneath the flood of bricks and mortar," uncovering layer upon layer of London's history. Morton follows the thread of imagination back and forth across the city, tracing unforgettable scenes: the Emperor Claudius leading his war elephants across the Thames. . .the grisly executions at the Tower. . .the world of Shakespeare, Dickens, and Queen Victoria. . .and the shattered yet defiant city of the Blitz as well as the postwar London of "ruins and hatless crowds." Morton's quest for London's heart reveals how its daily life is rooted in a past that is closer and more familiar than we might think, making the book as informative, entertaining, and rich in human color today as when it was written fifty years ago.