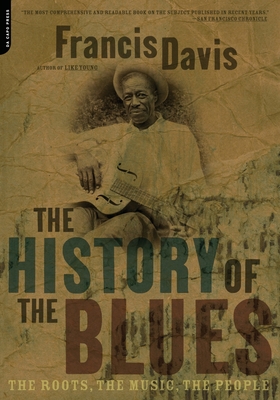 The History Of The Blues

The Roots, The Music, The People

Francis Davis's The History of the Blues is a groundbreaking rethinking of the blues that fearlessly examines how race relations have altered perceptions of the music. Tracing its origins from the Mississippi Delta to its amplification in Chicago right after World War II, Davis argues for an examination of the blues in its own right, not just as a precursor to jazz and rock 'n' roll. The lives of major figures such as Robert Johnson, Charlie Patton, and Leadbelly, in addition to contemporary artists such as Stevie Ray Vaughan and Robert Cray, are examined and skillfully woven into a riveting, provocative narrative.

Francis Davis is a contributing editor of the Atlantic Monthly and writes regularly for the New York Times and the New Yorker. He is the author of the acclaimed books Outcats and History of the Blues and a biography of John Coltrane (Knopf). He lives in Philadelphia.
Loading...
or
Not Currently Available for Direct Purchase