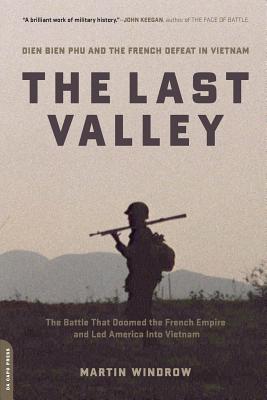 Dien Bien Phu and the French Defeat in Vietnam

In December 1953 the French army occupying Vietnam challenged the elusive Vietnamese army to engage in a decisive battle. When French paratroopers landed in the jungle on the border between Vietnam and Laos, the Vietnamese quickly isolated the French force and confronted them at their jungle base in a small place called Dien Bien Phu. The hunters-the French army-had become the hunted, desperately defending their out-gunned base. The siege in the jungle wore on as defeat loomed for the French. Eventually the French were depleted, demoralized, and destroyed. As they withdrew, the country was ominously divided at U.S. insistence, creating the short-lived Republic of South Vietnam for which 55,000 Americans would die in the next twenty years.

Martin Windrow is an associate of the Royal Historical Society and a member of the Foreign Legion Association of Great Britain. He is the co-author of several well-known military reference works, including the Dictionary of Military Biography. He lives in Sussex, England.
Loading...
or support indie stores by buying on