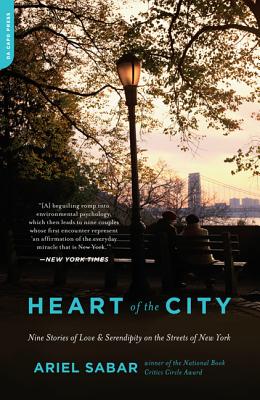 Heart of the City

Intrigued by the romance of his own parents, who met in Washington Square Park, Ariel Sabar set off on a far-reaching search for other couples who married after first meeting in one of New York City's iconic public spaces. Sabar conjures their big-city love stories in novel like detail, drawing us into the hearts of strangers just as their lives are about to change forever.

Ariel Sabar is an award-winning former staff writer for the Baltimore Sun and Providence Journal whose work has also appeared in the New York Times Magazine and Boston Globe. He lives in New York.
Loading...
or support indie stores by buying on