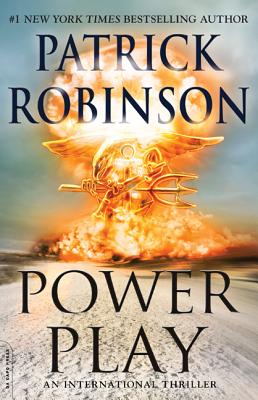 It is the year 2018—a highly volatile nuclear world. Israel has obliterated the deep underground nuclear weapons facility built by Iran.  The United States has destroyed the nuclear facility of a defiant North Korea.

Against this background, the Russians have upped the stakes in the latest world power-play—cyber warfare—to reduce the United States to helplessness: a three-strike missile attack on the National Security Agency at Fort Mead, Maryland, while simultaneously jamming the top-secret electronic access key to America’s nuclear launch system—the nuclear football. If successful, Russia would blow the United States off the nuclear map.

Meanwhile the British Royal Navy, formerly the most powerful in the world, is rapidly crumbling, leaving the United States without its main deep sea ally at a time when they’re needed most.

As this geo-political battle comes to light behind close doors dealings and dark secrets, it is up to Mossad spymaster, codenamed the ‘Golan,’ to avert the Russian scheme, and there is only one man he in turn can trust to get the job done: US Navy Seal Mack Bedford.

It is now up to Mack Bedford, the hero previously encountered in

, to devise a plan to stop the Russians before they and their cyber weaponry reach the Chinese border—the launch site of their master plan. And with the entire country’s fate in his hands, Mack and his hard-trained, one of a kind SEAL Team 10 must not, cannot fail.

Patrick Robinson is the coauthor of the recent New York Times #1 nonfiction bestseller Lone Survivor. He is also the author of several internaÂ­tional bestselling U.S. Navy-based novels, including Intercept, Diamondhead, To the Death, and The Delta Solution, as well as several nonfiction bestsellers, including his New York Times bestseller A Colossal Failure of Common Sense: The Inside Story of the Collapse of Lehman Brothers, and the international bestseller One Hundred Days. He lives in the Cayman Islands and and spends his summers in Cape Cod, Massachusetts.
Loading...
or support indie stores by buying on