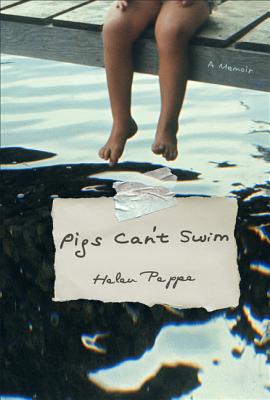 “For Helen, born into a Maine farm family featuring eight children, parents with good intentions but far too much to do, assorted animals raised to be eaten, and gardens to weed and hoe, two things soon become clear: books provide a necessary escape from the rampant chaos, and vegetarianism is a must if one is to avoid eating one's friends. Helen, the youngest, is an animal lover among carnivores, a rule follower who stands guard over her rebellious siblings, and the only reader in the house. Peppe's mordant humor, her irreverence, and her astonishing ear for dialogue make this memoir a joy to read, at once hilarious and wise, cynical and touching, realistic and hope filled.”
— Betsy Burton, The King's English, Salt Lake City, UT
View the List

An outrageous, hilarious, and touching memoir by the youngest of nine children in a hardscrabble, beyond-eccentric Maine family. With everything happening on Helen Peppe's backwoods Maine farm, life was wild--and not just for the animals. Sibling rivalry, rock-bottom poverty, feral male chauvinism, sex in the hayloft: everything seemed--and was--out of control. In telling her wayward family tale, Peppe manages deadpan humor, an unerring eye for the absurd, and poignant compassion for her utterly overwhelmed parents. While her feisty resilience and candor will inevitably remind readers of Jeannette Walls or Mary Karr, Peppe's wry insight and moments of tenderness with family and animals are entirely her own. As Richard Hoffman, the author of Half the House: A Memoir puts it: "Pigs Can't Swim is an unruly, joyous troublemaker of a book.

Helen Peppe began writing stories, mostly about animals, on scraps of butcher paper when she was knee-high to a horse. (All of her furry characters lived happily ever after.) As a student, she wrote short stories and personal essays while working as a professional photographer specializing in horses and dogs. She lives near Portland, Maine, with her husband, Eric, her children, four dogs, four rescued rabbits, four guinea pigs, and two destructive kittens.
or
Not Currently Available for Direct Purchase
Copyright © 2020 American Booksellers Association