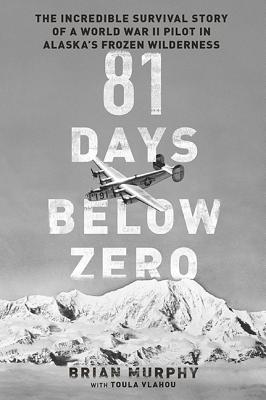 "A riveting...saga of survival against formidable odds" (Washington Post) about one man who survived a World War II plane crash in Alaska's harsh Yukon territory
Shortly before Christmas in 1943, five Army aviators left Alaska's Ladd Field on a routine flight to test their hastily retrofitted B-24 Liberator in harsh winter conditions. The mission ended in a crash that claimed all but one-Leon Crane, a city kid from Philadelphia with no wilderness experience. With little more than a parachute for cover and an old Boy Scout knife in his pocket, Crane now found himself alone in subzero temperatures. Crane knew, as did the Ladd Field crews who searched unsuccessfully for the crash site, that his chance of survival dropped swiftly with each passing day. But Crane did find a way to stay alive in the grip of the Yukon winter for nearly twelve weeks and, amazingly, walked out of the ordeal intact. 81 Days Below Zero recounts, for the first time, the full story of Crane's remarkable saga. In a drama of staggering resolve and moments of phenomenal luck, Crane learned to survive in the Yukon's unforgiving wilds. His is a tale of the capacity to endure extreme conditions, intense loneliness, and flashes of raw terror-and emerge stronger than before.

Brian Murphy, a journalist and author, has reported around the world for The Associated Press for more than twenty years. He joined the Washington Post in 2014 and lives in Athens, Greece.
Loading...
or
Not Currently Available for Direct Purchase