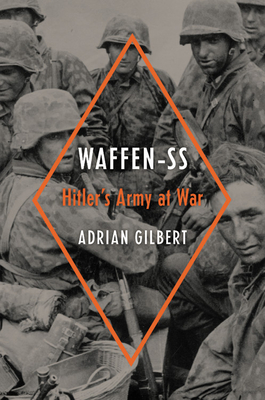 From an award-winning and bestselling historian, the first comprehensive military history in over fifty years of Hitler's famous and infamous personal army: the Waffen-SS.
The Waffen-SS was one of the most feared combat organizations of the twentieth century. Originally formed as a protection squad for Adolf Hitler it became the military wing of Heinrich Himmler's SS and a key part of the Nazi state, with nearly 900,000 men passing through its ranks. The Waffen-SS played a crucial role in furthering the aims of the Third Reich which made its soldiers Hitler's political operatives. During its short history, the elite military divisions of the Waffen-SS acquired a reputation for excellence, but their famous battlefield record of success was matched by their repeated and infamous atrocities against both soldiers and civilians.
Waffen-SS is the first definitive single-volume military history of the Waffen-SS in more than fifty years. In considering the actions of its leading personalities, including Himmler, Sepp Dietrich, and Otto Skorzeny, and analyzing its specialist training and ideological outlook, eminent historian Adrian Gilbert chronicles the battles and campaigns that brought the Waffen-SS both fame and infamy.

Adrian Gilbert is a military historian and author of award-winning and highly-praised books, including the bestseller Sniper, which has sold over 130,000 mass market copies in the US, Stalk and Kill, and The Encyclopedia of Warfare. He has been a contributor to the Guardian and the Sunday Times, and his reviews of military history books appear regularly in print and online. Gilbert's book awards include the prestigious Duke of Westminster's Medal for Military History and he is a member of the British Commission for Military History. His many television appearances include History Channel, Discovery Channel, and the BBC. He lives in northwest England.
Loading...
or support indie stores by buying on