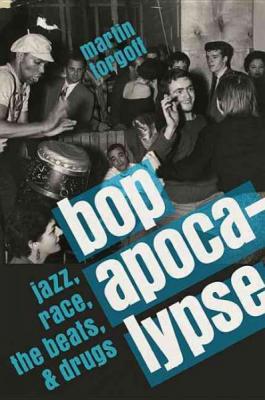 Jazz, Race, the Beats, and Drugs

The gripping story of the rise of early drug culture in America, from the author of the acclaimed Can't Find My Way Home

With an intricate storyline that unites engaging characters and themes and reads like a novel, Bop Apocalypse details the rise of early drug culture in America by weaving together the disparate elements that formed this new and revolutionary segment of the American social fabric.

Drawing upon his rich decades of writing experience, master storyteller Martin Torgoff connects the birth of jazz in New Orleans, the first drug laws, Louis Armstrong, Mezz Mezzrow, Harry Anslinger and the Federal Bureau of Narcotics, swing, Lester Young, Billie Holiday, the Savoy Ballroom, Reefer Madness, Charlie Parker, the birth of bebop, the rise of the Beat Generation, and the coming of heroin to Harlem. Aficionados of jazz, the Beats, counterculture, and drug history will all find much to enjoy here, with a cast of characters that includes vivid and memorable depictions of Billie Holiday, Miles Davis, John Coltrane, Jackie McLean, Allen Ginsberg, William S. Borroughs, Jack Kerouac, Herbert Huncke, Terry Southern, and countless others.

Bop Apocalypse is also a living history that teaches us much about the conflicts and questions surrounding drugs today, casting many contemporary issues in a new light by connecting them back to the events of this transformative era. At a time when marijuana legalization is rapidly becoming a reality, it takes us back to the advent of marijuana prohibition, when the templates of modern drug law, policy, and culture were first established, along with the concomitant racial stereotypes. As a new opioid epidemic sweeps through white working- and middle-class communities, it brings us back to when heroin first arrived on the streets of Harlem in the 1940s. And as we debate and grapple with the gross racial disparities of mass incarceration, it puts into sharp and provocative focus the racism at the very roots of our drug war.

Having spent a lifetime at the nexus of drugs and music, Torgoff reveals material never before disclosed and offers new insights, crafting and contextualizing Bop Apocalypse into a truly novel contribution to our understanding of jazz, race, literature, drug culture, and American social and cultural history.

Praise For Bop Apocalypse: Jazz, Race, the Beats, and Drugs…

A comprehensive and compassionate account of the intersections of jazz, race, and drugs in mid-20th-century America...from first page to last...Torgoff's descriptions of the music are excellent...Listen and read and weep. A textured story of human hope and hopelessness, of artistry that blossomed in the most daunting and, in some cases, demeaning circumstances.

"[Torgoff] follows the birth of jazz in New Orleans, its development as the original soundtrack for drop-offs and underworld underlings, and its eventual progeny, the Beat generation."
—The New Yorker

"Bop Apocalypse dissects how American drug culture was born and how it shaped American music...Torgoff seamlessly weaves one decade into the next."

"Bop Apocalypse dissects how American drug culture was born and how it shaped American music...Torgoff seamlessly weaves one decade into the next."
—Memphis Flyer

"Astutely reported...compellingly written...Torgoff cuts between scenes with the skill of a consummate filmmaker...A sometimes harrowing but essential read."
—Buffalo News

"Torgoff reveals material that has never been disclosed before."
—East Bay Express

"[A] fascinating book - part musical and literary biography and part fast-moving sociological treatise...Bop Apocalypse is kind of three books in one as Torgoff weaves the narrative strands that bring the whole story together. Dig it, readers."
—Houston Press

"It is a bold and fascinating book...incredibly evocative...vivid...well-researched...entertaining...enjoyable for anyone interested in jazz or the Beats."
—Beatdom

"Martin Torgoff's 'Bop Apocalypse: Jazz, Race, The Beats, and Drugs' is an addictive look at America's early drug use...and the music that went with it."
—The Entertainment Report

"An intriguing look at the early rise of American drug culture and its relationship to the Beat poets and jazz."
—People magazine

"An engrossing tale... Bop Apocalypse benefits greatly from a narrowed focus. There are a lot of stories to tell, and Torgoff does a masterful job of telling them."
—PopMatters, -

Martin Torgoff has been at the forefront of major media trends and cultural currents for more than thirty years, documenting and telling the story of America through the evolution of its popular culture as an award-winning journalist, award-winning and bestselling author, documentary filmmaker, and Emmy-nominated television writer, director, and producer. His book American Fool: The Roots and Improbable Rise of John "Cougar" Mellencamp was the recipient of the ASCAP Foundation Deems Taylor Award. He is also the author of Can't Find My Way Home: America in the Great Stoned Age, 1945-2000. Today Torgoff applies his understanding of American pop culture to projects that include articles, books, film, television, lectures, multimedia events, and advertising/promotion.
Loading...
or
Not Currently Available for Direct Purchase