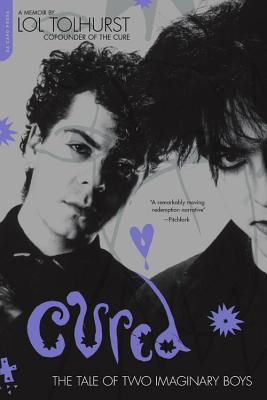 The Tale of Two Imaginary Boys

A deeply moving and engaging memoir by Laurence "Lol" Tolhurst, cofounder of Rock and Roll Hall of Fame inductees The Cure

As two of the first punks in a provincial English town, Lol Tolhurst and Robert Smith didn't have it easy. Outsiders from the start, theirs was a friendship based initially on proximity and a shared love of music. They began playing together in pubs and soon developed their own unique style and approach to songwriting, resulting in timeless songs that sparked a deep sense of identification and empathy in listeners and spawning a new subculture dubbed "Goth" by the press. But there was also a dark side to The Cure's intense and bewildering success. Tolhurst was nursing a growing alcoholism that would destroy his place in The Cure and nearly end his life.

Intensely lyrical and evocative, gripping and unforgettable, this is the definitive story of a singular band whose legacy endures many decades hence, told from the point of view of a participant and eyewitness who was there when it happened--and even before it all began.

Praise For Cured: The Tale of Two Imaginary Boys…

"[Cured] is a tale about friendship, chaos, and redemption in the face of fame."--ABC News


"Compulsively readable... A fascinating chronicle not only of one man's disintegration and renewal, not only of two boys' unique friendship, but also of an incredibly important era in music."--Yahoo! Music

Laurence "Lol" Tolhurst formed The Cure with Robert Smith in 1978. The Cure would go on to chart an impressive selection of achievements that includes selling over twenty-seven million units worldwide and earning forty Platinum and Gold Records. Lol, who continues to write and perform, makes his home in Los Angeles.
Loading...
or support indie stores by buying on