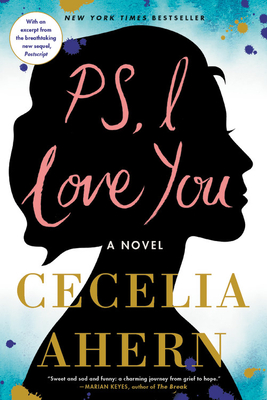 PS, I Love You (Paperback)

Discover how Holly's journey began before diving into Cecelia Ahern's new sequel, Postscript.
Everyone needs a guardian angel. Some people wait their whole lives to find their soul mates. But not Holly and Gerry. Childhood sweethearts, they can finish each other's sentences and even when they fight, they laugh. No one can imagine Holly and Gerry without each other. Until the unthinkable happens.

Gerry's death devastates Holly. But as her 30th birthday looms, Gerry comes back to her. He's left her a bundle of notes, one for each of the months after his death, gently guiding Holly into her new life without him, each note signed 'PS, I Love You'. As the notes are gradually opened, and as the year unfolds, Holly is both cheered up and challenged. The man who knows her better than anyone sets out to teach her that life goes on. With some help from her friends, and her noisy and loving family, Holly finds herself laughing, crying, singing, dancing--and being braver than ever before. Life is for living, she realizes--but it always helps if there's an angel watching over you.

Cecelia Ahern is the author of the international bestsellers PS, I Love You; Love, Rosie; If You Could See Me Now; There's No Place Like Here; and The Gift. Her novels have been translated into thirty-five languages and have sold more than twenty-five million copies in over fifty countries. Two of her books have been adapted as major films and she has created several TV series in the US and Germany. She lives in Dublin with her family.
or support indie stores by buying on
Copyright © 2020 American Booksellers Association