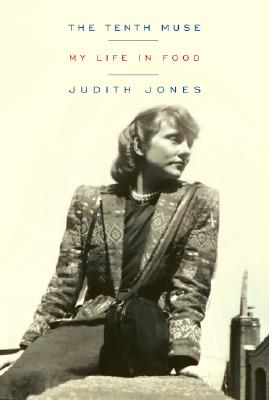 My Life in Food

From the legendary editor who helped shape modern cookbook publishing—one of the food world’s most admired figures—an evocative and inspiring memoir.

Living in Paris after World War II, Judith Jones broke free of the bland American food she had been raised on and reveled in everyday French culinary delights. On returning to the States—hoping to bring some joie de cuisine to America—she published Julia Child’s Mastering the Art of French Cooking. The rest is publishing and gastronomic history.

A new world now opened up to Jones: discovering, with her husband, Evan, the delights of American food; working with the tireless Julia; absorbing the wisdom of James Beard; understanding food as memory through the writings of Claudia Roden and Madhur Jaffrey; demystifying the techniques of Chinese cookery with Irene Kuo; absorbing the Italian way through the warmth of Lidia Bastianich; and working with Edna Lewis, Marion Cunningham, Joan Nathan, and other groundbreaking cooks.

Jones considers matters of taste (can it be acquired?). She discusses the vagaries of vegetable gardening in the Northeast Kingdom of Vermont and the joys of foraging in the woods and meadows. And she writes about M.F.K. Fisher: as mentor, friend, and the source of luminous insight into the arts of eating, living, and aging.

Embellished with fifty recipes—each with its own story and special tips—this is an absolutely charming memoir by a woman who was present at the creation of the American food revolution and played a seminal role in shaping it.

Judith Jones is senior editor and vice president at Alfred A. Knopf, where she has worked since 1957. She is the coauthor with Evan Jones of three books: "The Book of Bread; Knead It, Punch It, Bake It!" (for children); and "The Book of "New" New England Cookery." She also collaborated with Angus Cameron on "The L. L. Bean Game and Fish Cookbook." Recently, she has contributed to "Vogue, Saveur, " and "Gourmet "magazines. In 2006, she was awarded the James Beard Foundation Lifetime Achievement Award. She lives in New York City and Vermont.

Praise For The Tenth Muse: My Life in Food…


“An entire generation of women (including me) learned to cook from Julia Childs’ books. And for that we have Judith Jones to thank. Judith was the first to champion Julia’s brilliant career, as well as many others who have changed the world of food. This, Judith’s personal adventure, is a truly wonderful story.”
–Ina Garten

“Judith Jones's lovely memoir shows us that this petite giant, blessed with a voracious sense of adventure and timing, an erudite palate, a marksman's eye for talent–and an abundance of good taste–was there at every step of our country's culinary revolution, finding, coaching, editing, and promoting the players who made it happen.”
–Danny Meyer

“In this quiet, spare memoir, set against the shifting landscape of modern cookery in America, Jones reveals herself to be every bit as evangelical about good food and honest cooking as her authors . . . Jones’s belief in the primordial importance of cooking well is ultimately inspiring, and it fires up these pages as it has fired her life.”
-Publishers Weekly