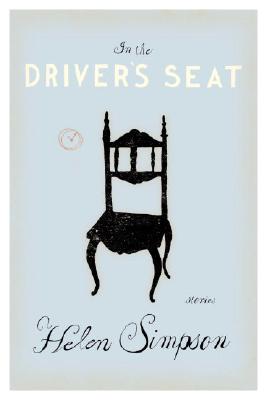 In the Driver's Seat

Helen Simpson’s stories are short but by no means small. One story takes the Iraq war as its subject; another describes a smoker’s reprieve from death by lung cancer; in another, a simple tale of home maintenance—a woman in a conversation with the carpenter replacing her door after a break-in—becomes a deftly sketched study of grief. In still another, Simpson manages the seemingly impossible—producing laughter at terminal illness and untimely death (this might be the first story in which the amputation of a limb provides a happy ending). And finally, the story entitled “Constitutional”—a pun on one of the word’s meanings: a walk taken for the benefit of one’s health—deals with memory, family, Alzheimer’s, oak trees, pregnancy for the over-forties, stolen photographs, and crossword puzzles.

Helen Simpson’s stories move and disturb us as they light up the human gift for making the best of it—whatever it is.

Praise For In the Driver's Seat: Stories…

“Proof that the most domestic setting can lend itself to ferocious satire, fantasy and terrifyingly recognizable portraits of people’s worst moments. There’s no one as sharp, or as funny, as Simpson on motherhood’s emotional costs and its pleasures. In the Driver’s Seat is not to be missed.” — Julie Phillips, New York Newsday

“When a story manages that acrobatic feat of using relatively few words and images to reveal a fully imagined world, we are as entranced as when we enter the narrative complexity of a single painting . . . With marvelous, diverting language, and sharply drawn characters, Simpson conjures the predicament of growing older, of unmet dreams and of youthful arrogance and naiveté, all the while letting us know that life is essentially a humorous proposition, even at its most devastating or banal. Simpson’s stories sing.”
— Marisa Silver, Los Angeles Times

“Helen Simpson is mordantly funny and unafraid of life’s big issues, such as love, aging, and war . . . vigorously written.”
–The Atlantic

“[Simpson] extracts gentle pathos and humor from her aging characters as they despair of their narrowing futures. The last story, ‘Constitutional,’ is a meditation on mortality and memory that’s literally a walk in the park, and it beautifully showcases Simpson’s limpid prose and unforced deductions.”
–Publisher’s Weekly