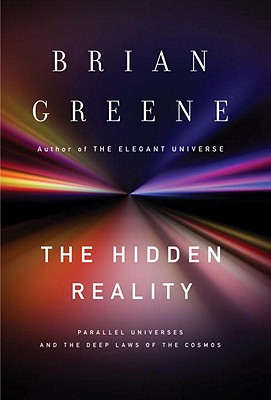 From the best-selling author of The Elegant Universe and The Fabric of the Cosmos comes his most expansive and accessible book to date—a book that takes on the grandest question: Is ours the only universe?

There was a time when “universe” meant all there is. Everything. Yet, in recent years discoveries in physics and cosmology have led a number of scientists to conclude that our universe may be one among many. With crystal-clear prose and inspired use of analogy, Brian Greene shows how a range of different “multiverse” proposals emerges from theories developed to explain the most refined observations of both subatomic particles and the dark depths of space: a multiverse in which you have an infinite number of doppelgängers, each reading this sentence in a distant universe; a multiverse comprising a vast ocean of bubble universes, of which ours is but one; a multiverse that endlessly cycles through time, or one that might be hovering millimeters away yet remains invisible; another in which every possibility allowed by quantum physics is brought to life. Or, perhaps strangest of all, a multiverse made purely of math.

Greene, one of our foremost physicists and science writers, takes us on a captivating exploration of these parallel worlds and reveals how much of reality’s true nature may be deeply hidden within them. And, with his unrivaled ability to make the most challenging of material accessible and entertaining, Greene tackles the core question: How can fundamental science progress if great swaths of reality lie beyond our reach?

Sparked by Greene’s trademark wit and precision, The Hidden Reality is at once a far-reaching survey of cutting-edge physics and a remarkable journey to the very edge of reality—a journey grounded firmly in science and limited only by our imagination.

Praise For The Hidden Reality: Parallel Universes and the Deep Laws of the Cosmos…

“If extraterrestrials landed tomorrow and demanded to know what the human mind is capable of accomplishing, we could do worse than to hand them a copy of this book.”
—Timothy Ferris, The New York Times Book Review“Few living writers write so lucidly about such complicated stuff. In

Greene’s prose, cutting-edge cosmology and particle physics become something a plucky and well-rested reader can apprehend. . . Greene might be the best intermediary I’ve found between the sparkling, absolute zero world of mathematics and the warm, clumsy world of human language.”
—Anthony Doerr, Boston Globe

“Mr. Greene has a gift for elucidating big ideas . . . Exciting and rewarding . . . [The Hidden Reality] captures and engages the imagination.”
—Janet Maslin, The New York Times

“It's impossible to summarize every step of Greene's balletic footwork, by which, like some multi-limbed Asian deity, he dances into being each different theoretical framework that could support multiple universes. . . His arguments are constructed like classical cathedrals, with intricate arches and buttresses that all uphold the central spire. Sometimes you think he's lost in the details of some sculpted gargoyle, only to realize how essential to the whole structure this particular feature is.”
—Paul di Filippo, Barnes and Noble Review

“[Greene] leads the general reader on an excursion to the farthest and most mind-bending reaches of speculative physics . . . An exhilarating—if sometimes vertigo-inducing—journey.”
—Alden Mudge, Bookpage

“An in-depth yet marvelously accessible look inside the perplexing world of modern theoretical physics and cosmology . . . Greene presents a lucid, intriguing, and triumphantly understandable state-of-the-art look at the universe.”
—Publishers Weekly (Starred review)

Brian Greene received his undergraduate degree from Harvard University and his doctorate from Oxford University, where he was a Rhodes Scholar. He joined the physics faculty of Cornell University in 1990, was appointed to a full professorship in 1995, and in 1996 joined Columbia University, where he is professor of physics and mathematics. He has lectured at both a general and a technical level in more than thirty countries, and on all seven continents, and is widely regarded for a number of groundbreaking discoveries in superstring theory. His first book, The Elegant Universe, was a national best seller and a finalist for the Pulitzer Prize. His most recent book, The Fabric of the Cosmos, was also a best seller. He lives in Andes, New York, and New York City.