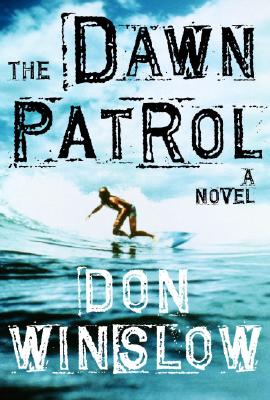 The author of The Winter of Frankie Machine (“another instant classic”—Lee Child) is back with a razor-sharp novel as cool and unbridled as its California surfer heroes, as heart-stopping as a wave none of them sees coming.

Boone Daniels lives to surf. Every morning he’s out in the break off Pacific Beach with the other members of The Dawn Patrol: four men and one woman as single-minded about surfing as he is. Or nearly. They have “real j-o-b-s”; Boone works as a PI just enough to keep himself in fish tacos and wet suits—and in the water whenever the waves are “epic macking crunchy.”

But Boone is also obsessed with the unsolved case of a young girl named Rain who was abducted back when he was on the San Diego police force. He blames himself—just as almost everyone in the department does—for not being able to save her. Now, when he can’t say no to a gorgeous, bossy lawyer who wants his help investigating an insurance scam, he’s unexpectedly staring at a chance to make some amends—and take some revenge—for Rain’s disappearance. It might mean missing the most colossal waves he’s liable to encounter (not to mention putting The Dawn Patrol in serious harm’s way as he tangles with the local thuggery), but this investigation is about to give him a wilder ride than any he’s ever imagined.

Harrowing and funny, righteous and outrageous, The Dawn Patrol is epic macking crunchy from start to finish.

Praise For The Dawn Patrol…

“The Dawn Patrol might be the best summertime crime novel ever . . . A classic . . . If you haven’t read Winslow yet, get to it. He’s epic macking good, bra.”
–San Francisco Chronicle

“A thrill ride all the way . . . Filled with action and humor, good guys who win our hearts, and bad guys we’ll never forget, it’s one of the most entertaining beach books of this–or any other–summer.”
–New Orleans Times-Picayune


“Colossally cool . . . Grab your board, plant it nose-first in the sand, lean back and catch a ride on what may be this summer’s zinc-slathered-nose read . . . The Dawn Patrol captures the essence of Southern California itself: forecast sunny and clear, with an undertow of darkness.”
–San Antonio Express-News


“A high-octane tale featuring a private eye, equal parts lethal and laconic, and a lady lawyer with the quipping style of Katharine Hepburn . . . Stellar.”
–Newsday

“A well-crafted book [that] unfolds at breakneck speed . . . The interplay between the quirky surfer buddies is laugh-out-loud funny . . . The pace quickens, the stakes grow higher, and the bad guys reveal themselves as truly evil.”
–San Francisco Chronicle

“A terrific thriller . . . Comic, but also dark, violent, and plenty serious as Winslow keeps raising the stakes, as well as the waves, for all involved.”
–Publishers Weekly (starred)