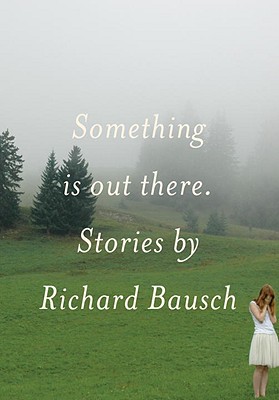 Something Is Out There (Hardcover)

From the prizewinning novelist and world-renowned short-story writer, the author of 2008’s universally acclaimed novel Peace (“A brilliant one-act drama depicting the futility and moral complexity of combat” —The New York Times), eleven indelible new tales that showcase the electrifying artistry of a master.

A husband confronts the power of youth and the inexorable truths of old age. A son sits by his mother’s bedside determined to give her what she needs in her final days, even though doing so means breaking his own heart. A brief adulterous tryst illuminates the fragility of our most intimate relations. A young man returns in the face of crisis to the parents he once rejected. A divorced young woman dealing with slowly increasing despair develops an obsesion about a note that fell from the pocket of a man who came to eat in the café where she works. A wife whose husband has been shot must weather a terrible snowstorm with her two sons, as well as a storm of doubt about the extent of his involvement in a crime.

Richard Bausch’s stories contend with transfixing themes: marital and familial estrangement, ways of trespass, the intractable mysteries and frights of daily life in these times, the uncertainty of knowledge and truth, the gulfs between friends and lovers, the frailty of even the most abiding love—while underlining throughout the persistence of love, the obdurate forces that connect us. His consummate skill, penetrating wit, and unfailing emotional generosity are on glorious display in this fine new collection.

Richard Bauschis the author of seven previous volumes of short stories and eleven novels. He is the recipient of an award in literature from the American Academy of Arts and Letters, a Guggenheim Fellowship, the Lila Wallace-Reader's Digest Writers' Award, the PEN/Malamud Award for Short Fiction, and, for his novel "Peace, " the American Library Association's W. Y. Boyd Prize for Excellence in Military Fiction and the Dayton Literary Peace Prize. A past chancellor of the Fellowship of Southern Writers, he lives in Memphis, Tennessee, where he holds the Moss Chair of Excellence in the Writers Workshop of the University of Memphis.

Praise For Something Is Out There: Stories…

“Bausch’s stories are actually breathtaking in their poignancy.” —Walker Percy