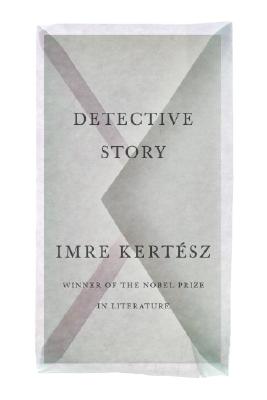 As readers, we are accustomed to reading stories of war and injustice from the victims’ point of view, sympathizing with their plight. In Detective Story, the tables have been turned, leaving us in the mind of a monster, as Nobel Laureate Imre Kertész plunges us into a story of the worst kind, told by a man living outside morality.

Now in prison, Antonio Martens is a torturer for the secret police of a recently defunct dictatorship. He requests and is given writing materials in his cell, and what he has to recount is his involvement in the surveillance, torture, and assassination of Federigo and Enrique Salinas, a prominent father and son whose principled but passive opposition to the regime left them vulnerable to the secret police. Preying on young Enrique’s aimless life, the secret police began to position him as a subversive and then targeted his father. Once this plan was set into motion, any means were justified to reach the regime’s chosen end—the destruction of an entire liberal class.

Inside Martens’s mind, we inhabit the rationalizing world of evil and see firsthand the inherent danger of inertia during times of crisis. A slim, explosive novel of justice railroaded by malevolence, Detective Story is a warning cry for our time.

“A sophisticated and brilliant dissection of nihilistic power and its servants.”
—Times Literary Supplement (London)

"Hopefulness in the face of tragedy makes Kertesz a joy to read, even when he describes our darkest horrors."
—The Believer