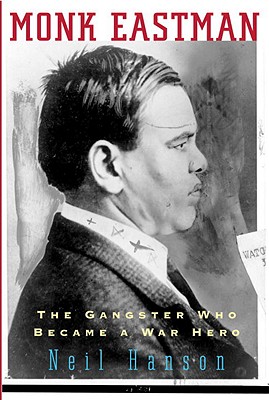 The Gangster Who Became a War Hero

An intimate biography as well as an epic history, Monk Eastman vividly recounts the life and times of old New York's most infamous gangster-cum-soldier as he made his way from the sooty streets and dingy saloons of the Lower East Side to the battlefields of the Western Front. Born in 1873 to a respectable New York family, Monk was running wild in Manhattan's rough Lower East Side by the age of eighteen. He found work as a bouncer--when the saloon owner first turned him down because he had two bouncers already, Monk beat them both up and was promptly hired in their place. He soon developed a loyal following of immigrant toughs, and by 1900, he was the most feared gang leader in lower Manhattan, protected by corrupt politicians and crooked cops, and commanding an army of two thousand pickpockets, thieves, prostitutes, and thugs. But changing neighborhood demographics and shifting political fortunes colluded against Monk: after a pitched battle with Pinkerton detectives, he was sent to Sing Sing on a ten-year sentence, and his territory quickly slipped from his grasp. In 1917, no longer safe from the law--or from rival gangs--Monk joined the New York National Guard. As a gangster, he'd been the equivalent of a general; as an enlisted man, Monk was just another private. After several months of combat training, Monk's division of Brooklyn recruits was thrown headlong into the bitter trench warfare in Europe. His experience in gangland combat served him well: he was repeatedly cited by his superiors for his bravery and he received a hero's welcome back in New York and an offical pardon from the governor. But Monk's gangland past was not so easily erased and caught up with him in the end. In Neil Hanson's able hands, Monk's unique and compelling story becomes an emblem of a time of upheaval--for New York and for the nation.

Neil Hanson s other books include "The Confident Hope of a Miracle" and "Unknown Soldiers." He lives in the Yorkshire Dales in England."
Loading...
or
Not Currently Available for Direct Purchase