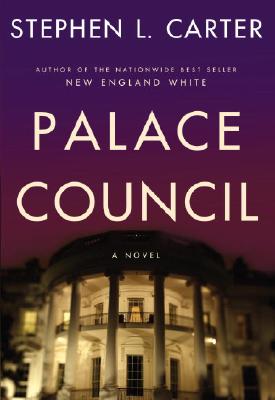 John Grisham called Stephen L. Carter’s first novel, The Emperor of Ocean Park, “beautifully written and cleverly plotted. A rich, complex family saga, one deftly woven through a fine legal thriller.” The Chicago Tribune hailed Carter’s next book, New England White, as “a whodunit with conscience.” Now this best-selling novelist returns with an electrifying political thriller set in the turbulent era of Watergate and Vietnam, giving us one of the most riveting and naked portraits of Nixon ever written.

In the summer of 1952, twenty prominent men gather at a secret meeting on Martha’s Vineyard and devise a plot to manipulate the President of the United States. Soon after, the body of one of these men is found by Eddie Wesley, Harlem’s rising literary star. When Eddie’s younger sister mysteriously disappears, Eddie and the woman he loves, Aurelia Treene, are pulled into what becomes a twenty-year search for the truth. As Eddie and Aurelia uncover layer upon layer of intrigue, their odyssey takes them from the wealthy drawing rooms of New York through the shady corners of radical politics, all the way to the Oval Office.

Stephen Carter’s novel is as complex as it is suspenseful, and with his unique ability to turn stereotypes inside out, Palace Council is certain to enthrall readers to the very last page.

"In Palace Council, Stephen L. Carter revisits some of the same family lines that ran through his hugely successful New England White and The Emperor of Ocean Park in a page-turner that twists through the 20 years between Brown v. Board of Education and the departure of U.S. helicopters flapping like fat geese out of Saigon . . . Palace Council is propelled by loves, longings, intrigues . . . what draws a reader along is the sharp commentary that Carter, a professor at Yale Law School, plants like runway lights along the way. . . Carter's vignettes of historic figures, including Hughes and Hoover, display both scholarship and imagination. But his portrait of Richard Nixon is pitch-perfect . . . a mystery that will give a surprising jolt to your conscience." –The Washington Post Book World

I applaud [Stephen L. Carter]...for his skill at making characters both complex and clear...for providing lots more wisdom than most thrillers attempt...and for offering the kind of historical perspective, personal drama and intrigue that found me wishing Palace Council were longer." –The San Diego Union Tribune

"Grade-A entertainment... The so-called masters of the genre could learn something from Carter's intoxicating blend of political street smarts and literary skill." –Kirkus, starred review

"This novel will grip readers, but it will also make them think... at once a hyperbolic thriller and a subtle and convincing comedy of manners." –David Keymer, Library Journal