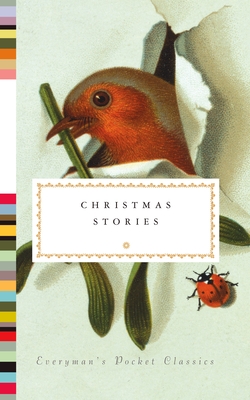 Christmas Stories is a treasury of short fiction by great writers of the past two centuries—from Dickens and Tolstoy to John Updike and Alice Munro. As a literary subject, Christmas has inspired everything from intimate domestic dramas to fanciful flights of the imagination, and the full range of its expression is represented in this wonderfully engaging anthology.

Goblins frolic in the graveyard of an early Dickens tale and a love-struck ghost disrupts a country estate in Elizabeth Bowen’s “Green Holly.” The plight of the less fortunate haunts Chekhov’s “Vanka” and Willa Cather’s “The Burglar’s Christmas” but takes a boisterously comic turn in Damon Runyon’s “Dancing Dan’s Christmas” and in John Cheever’s “Christmas Is a Sad Season for the Poor.” From Vladimir Nabokov’s intensely moving story of a father’s grief in “Christmas” to Truman Capote’s hilarious yet heartbreaking “A Christmas Memory,” from Grace Paley’s Jewish girl starring in the Christmas pageant in “The Loudest Voice” to the dysfunctional family ski holiday in Richard Ford’s “Crèche”—each of the stories gathered here is imbued with Christmas spirit (of one kind or another), and all are richly and indelibly entertaining.

“A rich and classy story collection (with sewn-in red ribbon bookmark) by such literary greats as Dickens, Tolstoy, Chekhov, Cather, Nabokov, Cheever and Munro. If this were an assortment of chocolates, it would be a feast of the finest dark truffles--not a cheap, waxy bite in the bunch.” –Minneapolis Star-Tribune

“Think you’ve heard it all? Every tiny reindeer named, every Grinch ungrinched, all the ho-ho-hum holiday stories tediously read, recited, re-recited, the classics on a constant loop? Maybe not. Here are twenty Christmas tales, from Tolstoy to Richard Ford, as fresh as a Christmas Eve snowfall.” –Charles McNair, NPR.org