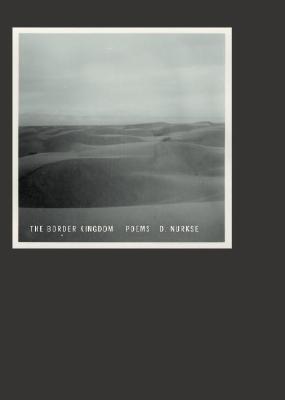 In a collection of urgent and intimate poems, D. Nurkse explores the biblical past and the terrifying politics of the present with which it resonates, the legacy of fathers and the flawed kingdoms they leave their sons.

In “Ben Adan,” a stunning poem in the opening sequence of the collection, we witness the stirring drama between a captor and the prisoner commanded to dig his own grave (“perhaps in a moment / he will lift me up / and hold me trembling, / more scared than I / and more relieved”). “After a Bombing” examines children’s drawings as deep symbolic reactions to 9/11. The subtly majestic “Lament for the Makers of Brooklyn” builds the poignant case for a lost world: “Where is Policastro the locksmith now?” the poet asks. “Half-blind, he wore two pairs of glasses / held together by duct tape, / . . . / afterward the key turned / for you but not for me.”

A poet of unique force and sensitivity, Nurkse refuses to pass over the marginal characters and corners of the world, attuned to the scraps of beauty or insight they might offer up in the midst of moral darkness. In The Border Kingdom he has given us an exceptionally powerful collection of poems—unfailingly rich in imagery, undaunted in subject and spirit.

Sometimes in a high window
a white curtain knotted against itself

gives a glimpse of the lovers
as they were before the war:

while a cat perched on the sill
looks down with burning eyes.

D. Nurkse is the author of eight previous books of poetry. He has received a Guggenheim Fellowship, the Whiting Writers’ Award, two National Endowment for the Arts fellowships, two grants from the New York Foundation for the Arts, a Tanne Foundation award, and two awards from Poetry magazine. He has also written widely on human rights. He teaches at Sarah Lawrence College and lives in Brooklyn.
or
Not Currently Available for Direct Purchase
Copyright © 2020 American Booksellers Association