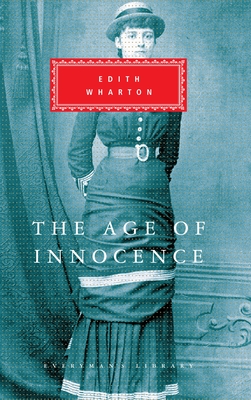 One of Wharton’s most renowned novels—and the first by a woman to win the Pulitzer Prize—exquisitely details the struggle between love and responsibility through the experiences of men and women in Gilded Age New York. • With an introduction by Peter Washington

The novel follows Newland Archer, a young, aristocratic lawyer engaged to the cloistered, beautiful May Welland. When May’s disgraced cousin Ellen arrives from Europe, fleeing her marriage to a Polish Count, her worldly, independent nature intrigues Archer, who soon falls in love with her. Trapped by his passionless relationship with May and the social conventions that forbid a relationship with Ellen, Archer finds himself torn between possibility and duty.

Wharton’s profound understanding of her characters’ lives makes the triangle of Archer, May, and Ellen come to life with an irresistible urgency. A wry, incisive look at the ways in which love and emotion must negotiate the complex rules of high society, The Age of Innocence is one of Wharton's finest, most illuminative works.


Praise For The Age of Innocence (Everyman's Library Classics Series)…

“Wharton’s touch is the deftest, the surest, of all our American manipulators in the novel.” —The New Republic

Edith Wharton was born into a privileged New York family in 1862 and died in France in 1937. In addition to her works as a novelist, most famously The House of Mirth, The Age of Innocence, The Custom of the Country, and Ethan Frome, she also was a renowned interior designer, and was the first woman to win the Pulitzer Prize for Fiction.
Loading...
or support indie stores by buying on