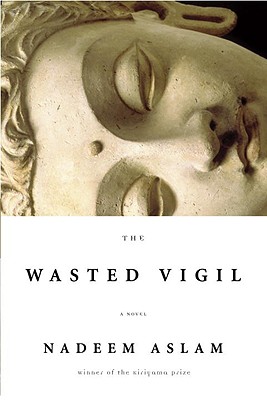 The author of Maps for Lost Lovers gives us a new novel—at once lyrical and blistering—about war in our time, told through the lives of five people who come together in post-9/11 Afghanistan.

Marcus, an English doctor whose progressive, outspoken Afghani wife was murdered by the Taliban, opens his home—itself an eerily beautiful monument to his losses—to the others: Lara, from St. Petersburg, looking for evidence of her soldier brother who disappeared decades before during the Soviet invasion; David, an American, a former spy who has seen his ideals turned inside out during his twenty-five years in Afghanistan; Casa, a young Afghani whose hatred of the West plunges him into the depths of zealotry; and James, the Special Forces soldier in whom David sees a dangerous revival of the unquestioning notions of right and wrong that he himself once held.

In mesmerizing prose, Nadeem Aslam reveals the complex ties—of love and desperation, pain and salvation, madness and clarity—that bind the characters. And through their stories he creates a timely and achingly intimate portrait of the “continuation of wars” that shapes our world.

In its radiant language, its depth of feeling, and its unflinching drama, The Wasted Vigil is a luminous work of fiction.

Praise For The Wasted Vigil…

“Extraordinary . . . Nadeem Aslam’s new novel is an audacious panorama, seeking as it does to encapsulate several national histories as well as the overlapping destinies of individuals caught up in apparently disparate events. Yet Aslam manages to describe the lives of his many characters, and their illusions and despair, with consummate skill . . . Describing Casa’s vulnerability, Aslam makes his character undergo, in just a few skillfully crafted pages, the complete gamut of Dostoevskian emotions . . . Aslam’s determination to gaze resolutely at the darkest side of our many cold and hot wars is what gives The Wasted Vigil its depth and power.”
–Pankaj Mishra, New York Review of Books

“A harrowing yet beautiful depiction of an Afghanistan mutilated by war and oppression . . . With astonishing lyricism and compassion Aslam creates unforgettable characters while telling a story that is as gripping as it is affecting.”
–Boston Globe

“A searing, multifaceted novel . . . Its polyglot characters inhabit a seething cauldron of human drama . . . You might think that there is a particular specter haunting Afghanistan in these early years of the 21st century–the Taliban–but in Aslam’s penetrating view, there are multiple forces at work there.”
–San Francisco Chronicle

“Unafraid of political complexity, Aslam is also unflinching in his examination of depravity. Yet his writing also encompasses tenderness. His characters are intricately wounded and geographically diverse . . . This novel seeks to reveal the psyche not just of one rural village or one immigrant community but of Britain, the Soviet Union, the United States and Afghanistan. The revelations throughout are artful.”
–New York Times Book Review

“The Wasted Vigil is remarkable for being at once topical and timeless–a complex and layered vision of contemporary Afghanistan . . . Like Michael Ondaatje before him, Aslam has a way of breathing life into larger historical and political backdrops with sensual details and lush interior lives. The Wasted Vigil shimmers with moments of poetic beauty and seems destined, like The English Patient to become a classic of modern, globalized literature.”
–Time Out New York

“Nadeem Aslam offers readers surprising gems in his new book . . . The fabric of these characters’ lives are interwoven with rich, carefully researched detail about Afghanistan and the intricacies of life in a country still grappling with the lasting influences of the Taliban and Al Qaeda. It’s a bold task to attempt to point out the similarities between a Muslim fundamentalist’s zeal and an American CIA agent’s righteous view of his job, yet, amid a sweeping story about love, Aslam does exactly this with considerable poise . . . A book that is both lyrical and sharp.”
–Christian Science Monitor

“Arguably the best novel available on the current situation in the Middle East. The jihadists, the warlords, the crusading Americans–all are given voice in calm, relentless, shatteringly beautiful prose that reveals the essential wrongness of the current conflict from every angle. There’s no whitewash or caricature here, just authentic writing that delivers the world–and a range of extraordinary characters. Highly recommended.”
–Library Journal (starred)

“An intense, empathetic, magisterial interpretation of clashing beliefs and entwined fates, in a harsh and ruined, yet lovely place . . . Complexity, beauty, violence and tragedy mark the pages of Aslam’s affecting story . . . [The novel has] insight and somber impact.”
–Kirkus Reviews (starred)

“Kiriyama-winner Aslam takes an ambitious and moving look at the human cost of Afghanistan’s war-torn reality . . . An unflinchingly clear picture of a country whose history of strife is still being written.”
–Publishers Weekly (starred)

Reviews from the UK:

“Stunning . . . The book is beautiful and brutal . . . The Wasted Vigil spans 30 years of what the media used to call the ‘Afghan conflict,’ which has now transformed into the front line of the West’s war on terror . . . There are episodes in the book so intense that you have to close it and breathe before you can start again. Similarly, there are images so stunning that you pause and read again to savour the sheer beauty of the language.”
–Independent

“Remarkable . . . Nadeem Aslam’s stark, outraged, thoughtful novel, with its unsettling, sorrowing beauty, [is] a universal book. It is a huge achievement, immense in its wisdom and humanity . . . The characters are real, the narrative power worthy to stand shoulder to shoulder with Tolstoy . . . The Wasted Vigil is an inspired book, the quest novel we should–no must–all read . . . Aslam confirms he is a writer of singular genius.”
–Irish Times

“Enthralling . . . Like Michael Ondaatje in The English Patient, Aslam knows how to handle the rich material in front of him, because he is not merely a novelist; he is an artist and a poet . . . The novel will stay with the reader long after it ends.”
–New Statesman

“An ambitious and luminous novel . . . The Wasted Vigil reminds us that fiction can do things that mere reportage can’t.”
–Sunday Times

“What makes the book most compelling is Nadeem Aslam’s gift for elevating even the hellishness of war to poetic heights. His eerily lyrical rendering of the beauty of the natural world and his sensual prose throw into dramatic relief the human acts of cruelty and barbarism he depicts . . . A humane and remarkable novel.”
–Literary Review

“Spellbinding–a beautifully drawn web of the fragile connections of trust, misunderstanding, memory, sacrifice, and, against the odds, love, that people who have lost everything else in the deadly stupidity of war must live and die by. Nadeem Aslam is a master of words and arresting images.”
–The Times