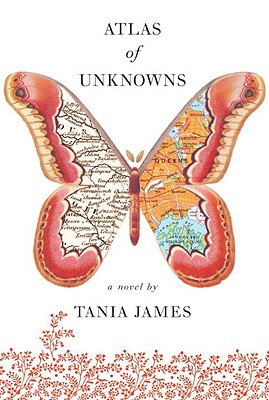 “Linno loves to draw pictures while Anju believes in hard work and education. The sisters are the apples of their father's eye. The vines in the limbs of the family tree can grow tangled with secrets and misunderstandings, but the bond between the sisters is deep. When Anju wins a scholarship to the U.S., those bonds are tested. The writing in Tania James' debut novel is beautiful, funny, engaging, heartbreaking, and alive.”
— Deon Stonehouse, Sunriver Books, Sunriver, OR
View the List

A poignant, funny, blazingly original debut novel about sisterhood, the tantalizing dream of America, and the secret histories and hilarious eccentricities of families everywhere.

In the wake of their mother’s mysterious death, Linno and Anju are raised in Kerala by their father, Melvin, a reluctant Christian prone to bouts of dyspepsia, and their grandmother, the superstitious and strong-willed Ammachi. When Anju wins a scholarship to a prestigious school in America, she seizes the opportunity, even though it means betraying her sister. In New York, Anju is plunged into the elite world of her Hindu American host family, led by a well-known television personality and her fiendishly ambitious son, a Princeton drop out determined to make a documentary about Anju’s life. But when Anju finds herself ensnared by her own lies, she runs away and lands a job as a bikini waxer in a Queens beauty salon.

Meanwhile, back in Kerala, Linno is undergoing a transformation of her own, rejecting the wealthy blind suitor with whom her father had sought to arrange her marriage and using her artistic gifts as a springboard to entrepreneurial success. When Anju goes missing, Linno strikes out farther still, with a scheme to procure a visa so that she can travel to America to search for her vanished sister.

The convergence of their journeys—toward each other, toward America, toward a new understanding of self and country, and toward a heartbreaking mystery long buried in their shared past—brings to life a predicament that is at once modern and timeless: the hunger for independence and the longing for home; the need to preserve the past and the yearning to break away from it. Tania James combines the gifts of an old-fashioned storyteller—engrossing drama, flawless control of plot, beautifully drawn characters, surprises around every turn—with a voice that is fresh and funny and powerfully alive with the dilemmas of modern life. She brings grace, humor, deep feeling, and the command of a born novelist to this marvelous debut.

Tania James was raised in Louisville, Kentucky, and is a graduate of Harvard and Columbia universities. She has published her work in "One Story "and "The New York Times. "She lives in New York City.

Praise For Atlas of Unknowns…


“Delightful. . . . James writes with poise, sly humor, and an acuity both cultural and sensuous. . . . The characters' love for one other radiates off the page.”
—The New York Times Book Review

“Tania James comes at you like everyone you’ve ever cared about, like everyone you’ve ever lost. Wise and hilarious her Atlas is an astonishment of a debut, so radiant with life, with love, with good old human struggle that I had trouble detaching myself from its pages. James’s prevaricating bikini–waxing husband–dodging beautiful-crazy sisters followed me into my day, into my dreams. Take this book from someone, give it to someone–you will not go wrong. Atlas is that damned good.”
—Junot Diaz, author of The Brief Wondrous Life of Oscar Wao

“Atlas of Unknowns is a plain masterful debut from a gifted writer. Tania James is a natural born storyteller, and Atlas of Unknowns is the torn-between-two-continents family saga to prove it.”
—Nathan Englander, author of The Ministry of Special Case and For the Relief of Unbearable Urges

“Debut novelist Tania James maps her characters’ yearnings and missteps with the skills of a seasoned cartographer. Dazzling, original, witty, and poignant, Atlas of Unknowns is one of the most beguiling first novels I’ve read in years.”
—Ann Packer, author of The Dive from Clausen’s Pier and Songs without Words

“Atlas of Unkowns is the story of two sisters, separated by two countries—the United States and India—but also by jealousy and secrets. Tania James weaves these two narratives together seamlessly, threading together an intricate narrative that explores the nature of immigration and also the price paid by women struggling to find their place in the world. Share this book with your mother, your sister, your friend–they will thank you for it.”
—Hannah Tinti, author of Animal Crackers and The Good Thief

“A powerful and nuanced debut novel, Atlas of Unknowns draws us into the complex lives of two sisters, each facing the demons of ancient family secrets and guilty new ones that they have created for themselves. Tania James paints the dual worlds of the novel—India and America—with masterful care, choosing beautiful, shocking details, and peopling them with characters we will remember long after closing the book.”
—Chitra Divakaruni, author of Mistress of Spices and The Palace of Illusions

“A touching debut novel with a range of tones, from the sweet to the sordid.”
—Kirkus Reviews