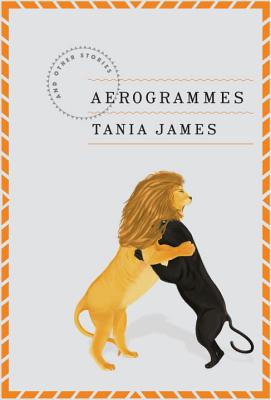 From the highly acclaimed author of Atlas of Unknowns (“Dazzling . . . One of the most exciting debut novels since Zadie Smith’s White Teeth”—San Francisco Chronicle; “An astonishment of a debut”—Junot Díaz), a bravura collection of short stories set in locales as varied as London, Sierra Leone, and the American Midwest that captures the yearning and dislocation of young men and women around the world.
In “Lion and Panther in London,” a turn-of-the-century Indian wrestler arrives in London desperate to prove himself champion of the world, only to find the city mysteriously absent of challengers. In “Light & Luminous,” a gifted dance instructor falls victim to her own vanity when a student competition allows her a final encore.  In “The Scriptological Review: A Last Letter from the Editor,” a young man obsessively studies his father’s handwriting in hopes of making sense of his death. And in the marvelous “What to Do with Henry,” a white woman from Ohio takes in the illegitimate child her husband left behind in Sierra Leone, as well as an orphaned chimpanzee who comes to anchor this strange new family.
With exuberance and compassion, Tania James once again draws us into the lives of damaged, driven, and beautifully complicated characters who quietly strive for human connection.

Tania James is the author of the novel "Atlas of Unknowns. "Her fiction has appeared in "Boston Review, Granta, One Story, A Public Space, "and "The Kenyon Review." She lives in Washington, D.C.

Praise For Aerogrammes: and Other Stories…

A San Francisco Chronicle and Kirkus Reviews Best Book of 2012

“Tania James’ stories are funny, deeply tender, and each-and-every-one memorable. Aerogrammes is a gift of a collection from a talent who only grows.”
—Nathan Englander

“By turns rib-shakingly funny and poignant, pinwheeling and wise, these stories are always devastatingly candid when it comes to their central preoccupations: exile and identity, the fault lines inside a family, grief and love… Proof that the short story is joyfully, promiscuously, thrillingly alive.”
—Karen Russell

“These are stories that map out a fresh new world between America and South Asia with a rare blend of humor and sensitivity. Surprising and affecting.”
—Romesh Gunesekera

“From an Indian wrestler in 1910 England to a marrying ghost who plots a return to flesh, James writes the kind of stories I’ve always loved, by turns absurd and hilarious but also deeply consequential. James has got range and a phenomenal heart. Not to be missed.”
—Junot Díaz

“Although most of the characters in these nine immaculately crafted short stories share a common native land—Kerala in southern India—their range of emotions is brilliantly diverse…James understands the nuances of emotional displacement.”
—Publishers Weekly (starred review)

“Like all great fiction, James’s stories emerge from a strange and beautiful source of inspiration, then proceed to transcend it…still and elegant.”
—Huffington Post