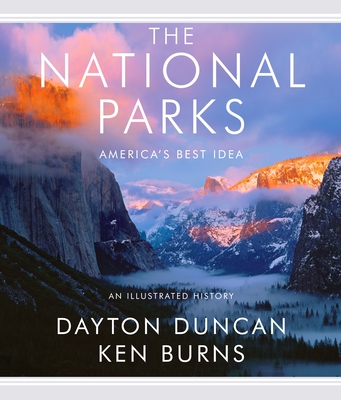 Praise for the PBS series:

“Stunning and restorative, like the parks themselves.” —The New York Times

“A masterful historic document, a vivid portrait of the land set against the stories of those who worked to acquire it and then protect it against those who still would dismantle or compromise it.” —New York Daily News

“Beautiful and erudite...Underneath its wonder, The National Parks is really about how Americans learned (or failed to learn) proper stewardship of nature.” —The Washington Post

Dayton Duncan, writer and producer of The National Parks, is an award-winning author and documentary filmmaker. His nine other books include, with Ken Burns, Horatio’s Drive and Lewis & Clark. He has collaborated on all of Ken Burns’s films for twenty years as a writer, producer, and consultant. He lives in Walpole, New Hampshire. Ken Burns, director and producer of The National Parks, founded his own documentary company, Florentine Films, in 1976. His films include The War, Jazz, Baseball, and The Civil War, which was the highest-rated series in the history of American public television. His work has won numerous prizes, including the Emmy and Peabody Awards, and two Academy Award nominations. He received a Lifetime Achievement Emmy Award in 2008. He lives in Walpole, New Hampshire.
Loading...
or support indie stores by buying on