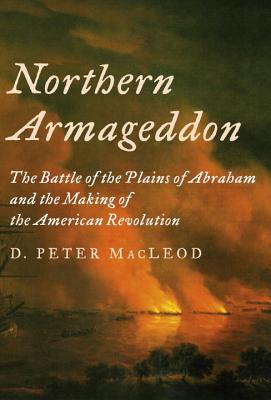 A huge, ambitious re-creation of the eighteenth-century Battle of the Plains of Abraham, the pivotal battle in the Seven Years’ War (1754–1763) to win control of the trans-Appalachian region of North America, a battle consisting of the British and American colonists on one side and the French and the Iroquois Confederacy on the other, and leading directly to the colonial War of Independence and the creation of Canada.

It took five years of warfare fought on three continents—Europe, Asia, and North America—to bring the forces arrayed against one another—Britain, Prussia, and Hanover against France, Austria, Sweden, Saxony, Russia, and Spain (Churchill called it “the first world war”)—to the plateau outside Quebec City, on September 13, 1759, on fields owned a century before by a fisherman named Abraham Martin . . . It was the final battle of a three-month siege by the British Army and Navy of Quebec, the walled city that controlled access to the St. Lawrence River and the continent’s entire network of waterways; a battle with the British utilizing 15,000 soldiers, employing 186 ships, with hundreds of colonists aboard British warships and transports from Boston, New York, and Philadelphia, with France sending in a mere 400 reinforcements in addition to its 3,500 soldiers.

The battle on the Plains of Abraham lasted twenty minutes, and at its finish the course of a continent was changed forever . . . New military tactics were used for the first time against standard European formations . . . Generals Wolfe and Montcalm each died of gunshot wounds . . . France surrendered Quebec to the British, setting the course for the future of Canada, paving the way for the signing of the Treaty of Paris that gave the British control of North America east of the Mississippi, and forcing France to relinquish its claims on New Orleans and to give the lands west of the Mississippi to Spain for surrendering Florida to the British.

After the decisive battle, Britain’s maritime and colonial supremacy was assured, its hold on the thirteen American colonies tightened. The American participation in ousting the French as a North American power spurred the confidence of the people of New York, Pennsylvania, and Massachusetts, who began to agitate for independence from Great Britain. Sixteen years later, France, still bitter over the loss of most of its colonial empire, intervened on behalf of the patriots in the American Revolutionary War (1775–1783).

In Northern Armageddon, Peter MacLeod, using original research—diaries, journals, letters, and firsthand accounts—and bringing to bear all of his extensive knowledge and grasp of warfare and colonial North American history, tells the epic story on a human scale. He writes of the British at Quebec through the eyes of a master’s mate on one of the ships embroiled in the battle. And from the French perspective, as the British bombarded Quebec, of four residents of the city—a priest, a clerk, a nun, and a notary—caught in the crossfire.

MacLeod gives us as well the large-scale ramifications of this clash of armies, not only on the shape of North America, but on the history of Europe itself.

A stunning work of military history.

Praise For Northern Armageddon: The Battle of the Plains of Abraham and the Making of the American Revolution…

“Significantly advances our understanding of the naval role in the battle of the Plains of Abraham and excels all previous studies . . . A vibrant portrait . . . A visceral narrative . . . Persuasive.”
—David Preston, The Wall Street Journal

“Even-handed . . . Vivid . . . MacLeod has crafted a serious work of history that reads like an adventure novel. He skillfully illuminates the many ways Americans fit into the big picture of the continent’s conflicts, in which two big nations emerged out of a patchwork of contending powers.”
—Clarke Crutchfield, Richmond Times-Dispatch

“Writing with a keen eye for the dramatic, MacLeod tells this story in a big way, giving equal parts to each side . . . The events of the battle are finely rendered, and MacLeod makes a strong case for their importance as a precursor to the American Revolution.”
—Publishers Weekly

“MacLeod explores the extent of Quebec’s insurmountable natural defenses and Wolfe’s inability to overcome them . . . The author’s strong knowledge of every aspect of the fight prevails to produce an intricate, enlightening account . . . Students of American history will appreciate the detail and the thoroughness of this account of what Churchill called the ‘first world war.’ ”
—Kirkus

“Definitive . . . superb in its combination of individual perspective and strategic narrative. Americans (who composed roughly a third of the conquering army) did not realize at the time that as Montcalm’s men surrendered they had taken the first steps on their own country’s path to independence. This book tells us – brilliantly – both how the battle was fought, and what it meant.”
—Eliot A. Cohen, author of Conquered into Liberty: Two Centuries of Battles Along the Great Warpath that Made the American Way of War

“Masterful . . . his descriptions are chilling.”
—Toronto Globe and Mail

D. Peter MacLeod is Director of Research at the Canadian War Museum. He is the author of The Canadian Iroquois and the Seven Years’ War. He lives in Ottawa, Ontario.
or
Not Currently Available for Direct Purchase