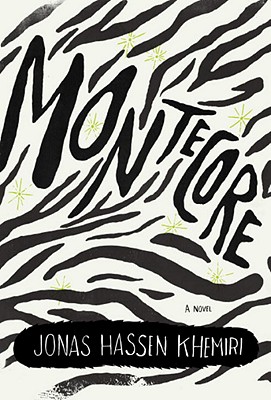 The Silence of the Tiger

At the start of this dazzlingly inventive novel from Jonas Hassen Khemiri, Abbas, a world-famous photographer and estranged father to a young novelist--also named Jonas Hassen Khemiri--is standing on a luxurious rooftop terrace in New York City. He is surrounded by rock stars, intellectuals, and political luminaries gathered to toast his fiftieth birthday. And yet how did Abbas, a dirt-poor Tunisian orphan and Swedish emigre, come to enjoy such success?
Jonas is fresh off the publication of his first novel when answers to this question come in the form of an unexpected e-mail from Kadir, a lifelong friend of Abbas and an effervescent storyteller with delightfully anarchic linguistic idiosyncrasies. The portrait Kadir paints of Abbas--from a voluntarily mute boy who suffers constant night terrors, to a soulful young charmer, to a Swedish immigrant and political exile--proves to be vastly different from Jonas's view of his father. As the two jagged versions reconcile in Kadir and Jonas's impassioned correspondence, we're given a portrayal of a man that is at once tender and feverishly imagined.
With an arresting blend of humor and wit, Montecore marks the stateside arrival of an already acclaimed international novelist. Winner of the PO Enquist Literary Prize for accomplished European novelists under forty, Jonas Hassen Khemiri has created a world that is as heartbreaking as it is exhilarating.


Praise For Montecore: The Silence of the Tiger…


"A hard-hitting and resonant tale of the modern immigrant experience in Sweden." —The Boston Globe


"Montecore brings a metafictional slyness to the kind of immigrant narrative that many Americans will immediately recognize with its elements of aspiration, disillusion, and filial rebellion...[It's] ambitious in the best sense." —New York Journal of Books

"Montecore deals in the sparkling tropes pf contemporary fiction but very successfully grounds them in old-fashioned familial anguish. With style to spare and a keen take on the political turmoil of a region recently thrown into high-media focus, Montecore shows a young novelist swinging for the fences and hitting hard."


"To those whose experience of Swedish fiction has been as bleak as Nordic winter, Montecore arrives as a sunny revelation. An exuberant account…the novel in fact challenges assumptions about Swedish identity…[A] rollicking tale." —Barnes & Noble


"Montecore is brilliant. Like its title—an invented creolized noun equal parts Arabic, French, Swedish, Siegfried & Roy, and Dungeons & Dragons—Jonas Hassen Khemiri's novel is itself a thrillingly hybrid creature: an immigrant story, a coming-of-age tale, an epistolary epic, an indictment of Swedish racism and nationalism, a meditation on storytelling and translation. . .Above all, however, this is a beautiful novel, a bewitching novel, as funny as it is heartbreaking, as self-aware as it is self-effacing, and certainly the best book that I've read in a long time." —Rattawut Lapcharoensap, author of Sightseeing

Jonas Hassen Khemiri, born in Sweden in 1978, is the author of two novels and one collection of plays and short stories. His first novel, One Eye Red, received the Boras Tidning Award for best literary debut. His second, Montecore, won several literary awards including the Swedish Radio Award for best novel of the year. Khemiri has also received the PO Enquist Literary Prize for the most promising young European writer. He currently divides his time between Stockholm and Berlin.
Loading...
or
Not Currently Available for Direct Purchase