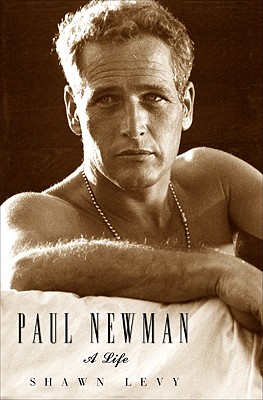 Paul Newman, the Oscar-winning actor with the legendary blue eyes, achieved superstar status by playing charismatic renegades, broken heroes, and winsome antiheroes in such revered films as The Hustler, Cool Hand Luke, Butch Cassidy and the Sundance Kid, The Verdict, The Color of Money, and Nobody’s Fool. But Newman was also an oddity in Hollywood: the rare box-office titan who cared about the craft of acting, the sexy leading man known for the staying power of his marriage, and the humble celebrity who made philanthropy his calling card long before it was cool.

The son of a successful entrepreneur, Newman grew up in a prosperous Cleveland suburb. Despite fears that he would fail to live up to his father’s expectations, Newman bypassed the family sporting goods business to pursue an acting career. After struggling as a theater and television actor, Newman saw his star rise in a tragic twist of fate, landing the role of boxer Rocky Graziano in Somebody Up There Likes Me when James Dean was killed in a car accident. Though he would joke about instances of “Newman’s luck” throughout his career, he refused to coast on his stunning boyish looks and impish charm. Part of the original Actors Studio generation, Newman demanded a high level of rigor and clarity from every project. The artistic battles that nearly derailed his early movie career would pay off handsomely at the box office and earn him critical acclaim.

He applied that tenacity to every endeavor both on and off the set. The outspoken Newman used his celebrity to call attention to political causes dear to his heart, including civil rights and nuclear proliferation. Taking up auto racing in midlife, Newman became the oldest driver to ever win a major professional auto race. A food enthusiast who would dress his own salads in restaurants, he launched the Newman’s Own brand dedicated to fresh ingredients, a nonprofit juggernaut that has generated more than $250 million for charity.

In Paul Newman: A Life, film critic and pop culture historian Shawn Levy gives readers the ultimate behind-the-scenes examination of the actor’s life, from his merry pranks on the set to his lasting romance with Joanne Woodward to the devastating impact of his son’s death from a drug overdose. This definitive biography is a fascinating portrait of an extraordinarily gifted man who gave back as much as he got out of life and just happened to be one of the most celebrated movie stars of the twentieth century.

SHAWN LEVY is the film critic for "The Oregonian" and the author of "The Last Playboy, Ready, Steady, Go!, Rat Pack Confidential," and "King of Comedy." He lives in Portland, Oregon, with his wife and three children.

Praise For Paul Newman: A Life…

“Shawn Levy’s absorbing, affectionate portrait manages to bring [Newman] back to us…. PAUL NEWMAN: A LIFE leaves readers with a suprisingly cheering message. If the rest of us can’t aspire to having Newman’s life, we can at least take inspiration from the way he lived his. We can play the cards we’re dealt–with guts, grace and generosity.”
—The Washington Post

“Eloquent and perceptive….Levy’s meticulously researched biography is as revealing a portrait as one could hope for….By the time Levy details Newman’s last recorded words, you may find yourself blotting the ink on the final page.”
—Christian Science Monitor

“[A] sweeping tribute to Newman….Levy offers reportage as impresive as his critical analysis. PAUL NEWMAN: A LIFE is a layered and absorbing portrait.”
—Time.com

“A graceful tribute to a one-of-a-kind man.”
—Seattle Times

“[R]ichly researched….Shawn Levy, a film critic at Portland's Oregonian, has done his homework....Being able to bask in Newman's Own insights is enough to bring this one-of-a-kind star back to life, however briefly. And to miss him terribly again when the final page is turned.”
—USA Today

“An illuminating look at one of the true greats, full of humor and intelligent analysis–highly recommended.”
—Kirkus, starred review

“Levy’s unique representation…will leave readers feeling that they have somehow slipped through the security gate and gotten to know a movie star who was famously guarded about his private life.”
—Booklist

“Respectful, thoroughgoing….Levy doesn’t’ shy from discussing Newman’s shortcomings as a father and husband, yet he leaves a glowing assessment of this legend’s career.”
—Publishers Weekly

The Last Playboy
“[Levy is] a bulldog researcher, and many of his judgments are astute...an entertaining, informative book.”
—Jonathan Yardley, Washington Post

Rat Pack Confidential
“An excellent book, not only in its depictions of the Pack’s carryings-on but in its portrayal of the dark turns each life took.”
—Boston Sunday Globe