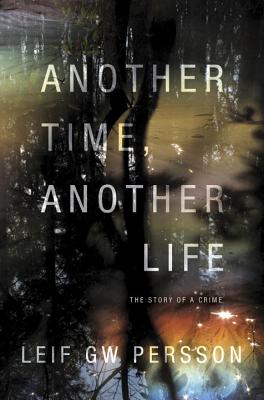 Another Time, Another Life

In 1975, six young people stormed the West German embassy in Stockholm, taking the entire staff hostage. They demanded the immediate release of members of the Baader- Meinhof group being held as prisoners in West Germany, but twelve hours into the siege, the embassy was blown up, two hostages were dead, and many others were injured, including the captors. Thus begins Leif GW Persson’s Another Time, Another Life.

The story, based on real events linked to the still-unsolved assassination of Swedish prime minister Olof Palme, p icks up in 1989, as the seemingly unrelated stabbing death of a civil servant is investigated by officers Bo Jarnebring and Anna Holt. Under the supervision of their cantankerous, prejudiced, and corrupt superior, Evert Bäckström, the case gets surreptitiously swept under the rug, and the victim is tied to a string of sex-related crimes, despite evidence to the contrary.

Another ten years pass before the confounding truth about the murder victim is unearthed. Just as Lars Martin Johansson, a friend of Jarnebring’s, begins his tenure as the head of the Swedish Security Police, he inherits two files from his predecessor, one of which is on the murder victim—who turns out to have been a collaborator in the 1975 embassy takeover. Revealed now are not only the identities of the other collaborators but also the identity of the murderer: an intelligent, capable lawyer a heartbeat away from the top position in Sweden’s Ministry of Defense. With masterfully interlaced plotlines pulled from the darkest corners of political power and corruption, Another Time, Another Life bristles with wit, insight, and intensity.

Praise For Another Time, Another Life: The Story of a Crime (2)…

“Exceptional . . . Persson writes with a sure hand and sharp insight. His detectives are human, interesting, and fallible . . . Another winner from Persson. If anything, it’s even better than the first book. Fans of Scandinavian crime fiction will eat it up.”
—Library Journal

“While the documentary-style narrative is a bit of a departure from what Scandinavian crime fans have come to expect, it works quite well here (better than in Between Summer’s Longing and Winter’s End). In fact, this may be just what fans of Jo Nesbo and Stieg Larsson are looking for.”
—Booklist (starred review)

“An astonishing novel. Once again, Persson has written a masterpiece of a crime novel. Spectacular and thrilling, arrogant and titillating, entertaining and well written.”
—Västerviks-Tidningen

“A whopper of a thriller.”
—Jyllands-Posten

“A masterly political thriller that plays in a league of its own.”
—Aftonbladet

Leif GW Persson has chronicled the political and social development of modern Swedish society in his awardwinning novels for more than three decades. Persson has served as an adviser to the Swedish Ministry of Justice and is Sweden's most renowned psychological profiler. He is a professor at Sweden's National Police Board and is considered the country's foremost expert on crime. He lives in Stockholm.
Loading...
or
Not Currently Available for Direct Purchase