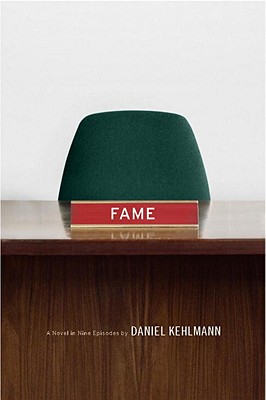 Imagine being famous. Being recognized on the street, adored by people who have never even met you, known the world over. Wouldn’t that be great?

But what if, one day, you got stuck in a country where celebrity means nothing, where no one spoke your language and you didn’t speak theirs, where no one knew your face (no book jackets, no TV) and you had no way of calling home? How would your fame help you then?

What if someone got hold of your cell phone? What if they spoke to your girlfriends, your agent, your director, and started making decisions for you? And worse, what if no one believed you were you anymore? When you saw a look-alike acting your roles for you, what would you do?

And what if one day you realized your magnum opus, like everything else you’d ever written, was a total waste of time, empty nonsense? What would you do next? Would your audience of seven million people keep you going? Or would you lose the capacity to keep on doing it?

Fame and facelessness, truth and deception, spin their way through all nine episodes of this captivating, wickedly funny, and perpetually surprising novel as paths cross and plots thicken, as characters become real people and real people morph into characters. The result is a dazzling tour de force by one of Europe’s finest young writers.


Praise For Fame: A Novel in Nine Episodes…

"Daniel Kehlmann's Fame is a darkly comic masterpiece, a rare and thrilling example of a philosophical novel as pleasurable as it is thought-provoking." —San Francisco Chronicle

“In Kehlmann’s wickedly clever novel of nine interconnected stories, fame is something his cast of widely disparate characters seek, avoid, flirt with, and succumb to. . . [They are] luminous creations, and the coincidental devices that link them are brilliant gambits. Kehlmann showcases a flair for devious satire.”
—Booklist (starred)

“[A] darkly comic tour de force…A brazen take on the modern yearning for recognition. Kehlmann is a writer worth reading.”
—Kirkus Reviews (starred)

“[A] brilliant study of the fragility and interconnectedness of life. . . Layers of connection, irony, despair, and humor distinguish this masterful work.”
—Publishers Weekly (starred)

"Who would have thought contemporary Central European literature could be so fun and so funny?  Daniel Kehlmann is who. The young Austrian prodigy, famous everywhere but in the United States, has given us a real beauty of a book, farcical, satiric, melancholic, and humane. Modern fame may have been invented in America, but nobody has dramatized its paradoxes and heartbreaks more entertainingly than the European Kehlmann does here."
—Jonathan Franzen

Daniel Kehlmann's "Measuring the World" was translated into more than forty languages. Awards his work has received include the Candide Prize, the Literature Prize of the Konrad Adenauer Foundation, the Heimito von Doderer Literature Award, the Kleist Prize, the WELT Literature Prize, and the Thomas Mann Prize. Kehlmann divides his time between Vienna and Berlin.
Loading...
or
Not Currently Available for Direct Purchase