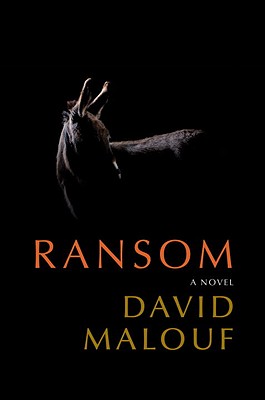 “David Malouf has written a powerful and elegant retelling of one of the more enduring episodes of Homer's Iliad, when Priam begs Achilles to return the body of his son Hector for a ransom. Precise in detail yet lyrical in its imaginative rendering, this adaptation offers a lasting and tormenting revelation into the soul of the great mythical warriors.”
— Marie du Vaure, Vroman's Bookstore, Pasadena, CA
View the List

In his first novel in more than a decade, David Malouf—arguably Australia’s greatest living writer—gives us a stirring reimagination of one of the most famous passages in all of literature: Achilles’ rageful slaughter and desecration of Hector, and Priam’s attempt to ransom his son’s body in Homer’s The Iliad.

A moving novel of suffering, sorrow and redemption, Ransom tells the story of the relationship between two grieving men at war: fierce Achilles, who has lost his beloved Patroclus in the siege of Troy; and woeful Priam, whose son Hector killed Patroclus and was in turn savaged by Achilles. Each man’s grief must confront the other’s for surcease and resolution: a resolution more compelling to both than the demands of war. For when the wizened father and the vicious murderer of his son meet, “the past and present blend, enemies exchange places, hatred turns to understanding, youth pities age mourning youth.”*

Ransom is a tour de force, incandescent in its delicate and powerful lyricism and its unstated imperative that we imagine our lives in the glow of fellow feeling.

“A masterpiece, exquisitely written, pithy and wise and overwhelmingly moving, constructed with invisible, successful craft that leaves the reader wondering how in the world it has been done.”
—Alberto Manguel, The Australian

“Lithe, graceful . . . Deeply moving . . . Nothing short of magical. Malouf’s prose is delicate, marvellously alert to the natural world and endowed with a quality that has one name only: wisdom.”
—Sydney Morning Herald

“This book shines new light on this story of the Trojan War, adding twists and reflections as well as flashes of earthly humour.”
—Brisbane News

“The sheer potency of this slim volume can hijack your senses and emotions.”
—The Courier-Mail

“Fiction, in Malouf’s hands, becomes the art of rendering the world coherent. For this we must be grateful.”
—The Australian Literary Review

David Malouf--winner of the inaugural Australia-Asia Literary Award, the International IMPAC Dublin Literary Award, the Prix Femina etranger and the Los Angeles Times Book Award--is the author of, among other works, "Remembering Babylon," " An Imaginary Life "and"The Conversations at Curlow Creek." He lives in Australia.