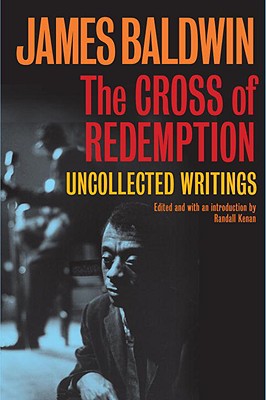 The Cross of Redemption (Hardcover)

The Cross of Redemption is a revelation by an American literary master: a gathering of essays, articles, polemics, reviews, and interviews that have never before appeared in book form.

James Baldwin was one of the most brilliant and provocative literary figures of the past century, renowned for his fierce engagement with issues haunting our common history. In The Cross of Redemption we have Baldwin discoursing on, among other subjects, the possibility of an African-American president and what it might mean; the hypocrisy of American religious fundamentalism; the black church in America; the trials and tribulations of black nationalism; anti-Semitism; the blues and boxing; Russian literary masters; and the role of the writer in our society.

Prophetic and bracing, The Cross of Redemption is a welcome and important addition to the works of a cosmopolitan and canonical American writer who still has much to teach us about race, democracy, and personal and national identity. As Michael Ondaatje has remarked, “If van Gogh was our nineteenth-century artist-saint, Baldwin [was] our twentieth-century one.”

James Baldwin was born in 1924 and died in 1987. Among his more than twenty works of fiction and nonfiction are "Giovanni's Room, Go Tell It on the Mountain, Notes of a Native Son, "and "The Fire Next Time. "

Randall Kenan is the author of, among other books, the novel" A Visitation of Spirits" and the short story collection "Let the Dead Bury Their Dead." He teaches creative writing at the University of North Carolina at Chapel Hill.

Praise For The Cross of Redemption: Uncollected Writings…

In Praise of James Baldwin

“Baldwin’s gift to our literary tradition is that rarest of treasures, a rhetoric of fiction and the essay that is, at once, Henry Jamesian and King Jamesian.”
—Henry Louis Gates, Jr.

“Baldwin’s way of seeing, his clarity, precision, and eloquence are unique . . . He manages to be concrete, particular . . . yet also transcendent, arching above the immediacy of an occasion or crisis. He speaks as great black gospel music speaks, through metaphor, parable, rhythm.”
—John Edgar Wideman

“Moralistic fervor, a high literary seriousness, the authority of the survivor, of the witness—these qualities made Baldwin unique.”
—The New York Review of Books

“The best essayist in this country—a man whose power has always been in his reasoned, biting sarcasm; his insistence on removing layer by layer the hardened skin with which Americans shield themselves from their country.”
—The New York Times Book Review

“He has not himself lost access to the sources of his being—which is what makes him read and awaited by perhaps a wider range of people than any other major American writer.”
—The Nation

“[Baldwin is] among the most penetrating and perceptive of American thinkers.”
—The New Republic