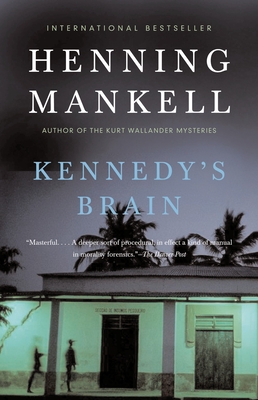 From internationally bestselling author Henning Mankell comes a gripping mystery and a depiction of every parent's worst nightmare.

When Louise Cantor finds her twenty-eight year old son dead in his apartment, everything indicates it was a suicide. Louise, however, refuses to accept this, and with nothing more than few suspicions and a mother's intuition, she and her ex-husband set out to find what happened. What they discover is a dark underworld of people exploiting the victims of the AIDS epidemic: corrupt businessmen dealing infected blood, suspicious researchers carrying out dangerous tests, and lecherous drug dealers peddling black market medicine. Their investigation takes them across three continents, and leads them into some mighty financial institutions and highest corridors of power, where suddenly their own lives are at stake.

Internationally bestselling novelist and playwright Henning Mankell has received the German Tolerance Prize and the U.K.'s Golden Dagger Award and has been nominated for a Los Angeles Times Book Prize three times. His Kurt Wallander mysteries have been published in thirty-three countries and consistently top the bestseller lists in Europe. He divides his time between Sweden and Maputo, Mozambique, where he has worked as the director of Teatro Avenida since 1985.

Praise For Kennedy's Brain: A Thriller…

"Masterful…. A deeper sort of procedural, in effect a kind of manual in morality forensics."
—The Denver Post

“A cautionary tale, an exploration of family relationships, a provocative portrayal of grief and an indictment of worldwide ignorance.” —Bookreporter
or support indie stores by buying on
Copyright © 2020 American Booksellers Association